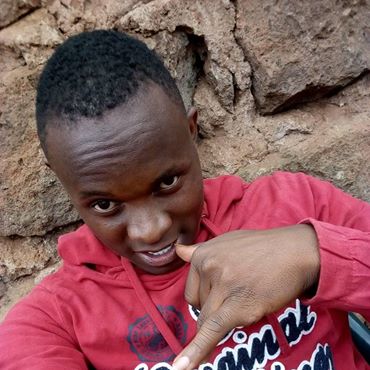 The puzzle involving a stowaway who fell from a Kenya Airways plane en route to London from Nairobi in June this year continues to take twists and turns.

Every other interested party is coming out to dismiss an investigative report by British broadcaster Sky News that identified the Kenyan stowaway as Paul Manyasi. And as many are disowning the man at centre of they, in what is beginning to take the shape of a cover-up.

The father to the young man has dismissed the broadcaster’s findings saying his son, who he identified as “Cedric Shivonje”, is alive and in jail for a different crime.

“At this rate, I feel I am left with no other option but to sue the broadcaster because I know for a fact that my son is alive and kicking,” Isaac Shivonje told journalists on Wednesday.

However, what’s puzzling is that Isaac had appeared in the Sky News report confirming that the stowaway who fell from a Kenya Airways plane in London in June was indeed his son, Paul Manyasi, who he said had been missing for some time.

Is someone trying to cover-up the issue to save face for government security at the airport? Is Paul Manyansa indeed Cedric Shivonje? Why would his family disown him just days after confirming this was their son? Was Paul (Cedric) used for some covert mission and dumped?

On Wednesday, the Kenya Airports Authority (KAA) also trashed Sky’s identification of the stowaway saying that the name did not feature on the Jomo Kenyatta International Airport (JKIA) staff register. There are other accounts of the guy being an undercover agent who may have been eliminated.

“KAA would like to issue the following clarification on the Sky News article issued today on the identity of the stowaway on flight KQ100 to London,” said KAA.

“All staff working at the airport require an access pass. The name Paul Manyasi does not appear in the Airport Pass Bio Metric Register,”

The Sky News report also identified Colnet, a cleaning company contracted by KAA as the stowaway’s employer. Sky News even went to the extent of tracking down his alleged lover and work colleague, Irene, who positively identified the stowaway as Paul Manyasi from an electronic sketch obtained from the British Metro Police shown to her by the investigative reporter.

But Colnet, too, has denied having ever employed anyone by the name Paul Manyasi since its inception.

“Colnet is aware of the incident by way of the fact that there were investigations carried out on the incident and the company has provided all its employee records and information to investigative authorities which confirm that there is no employee by the name Paul Manyasi. This fact can easily be ascertained by KAA,” reads Colnet’s statement.

In the report, the stowaway’s parents went by the surname Manyasi which they distanced themselves from in an interview with KTN on Wednesday claiming that their family name is Shivonje.

The pictures used by Sky News obtained from the stowaway’s facebook page under the name “Cedric Junior” was last updated on July 14, much later after the incident but the photos of “the two different individuals” are the same.

All these factors beg the question what is the real identity of the stowaway and who updated his Facebook profile after his death?

Kenyans are still coming to terms with how a “stranger” beat all security agencies at the airport and managed to hide in the wheel compartment of the aircraft.

Being a sensitive security issue, everyone associated in the matter is denying Paul Manyasi. But denying this man wasn’t an employee of the KAA is admitting the fact that KAA staff are not effective and vigilant enough.

The lengths that KAA has gone to distance itself from the stowaway shows that the authority is wary of the business implications of the case.

It is likely that other airlines and aviation industry players are closely monitoring the case with questions lingering on safety at the Jomo Kenyatta International Airport (JKIA) which currently enjoys Category 1 status.

Last year, Kenya Airways was granted approval to operate direct flights from Nairobi to New York, a mishap of this magnitude could lead to suspicions that Kenya’s aviation security is not full-proof, a damning conclusion that could see JKIA’s security rating downgraded and privileges withdrawn.

Unpacking break up effects on both males and females

US to keep around 600 troops in Syria: Pentagon chief