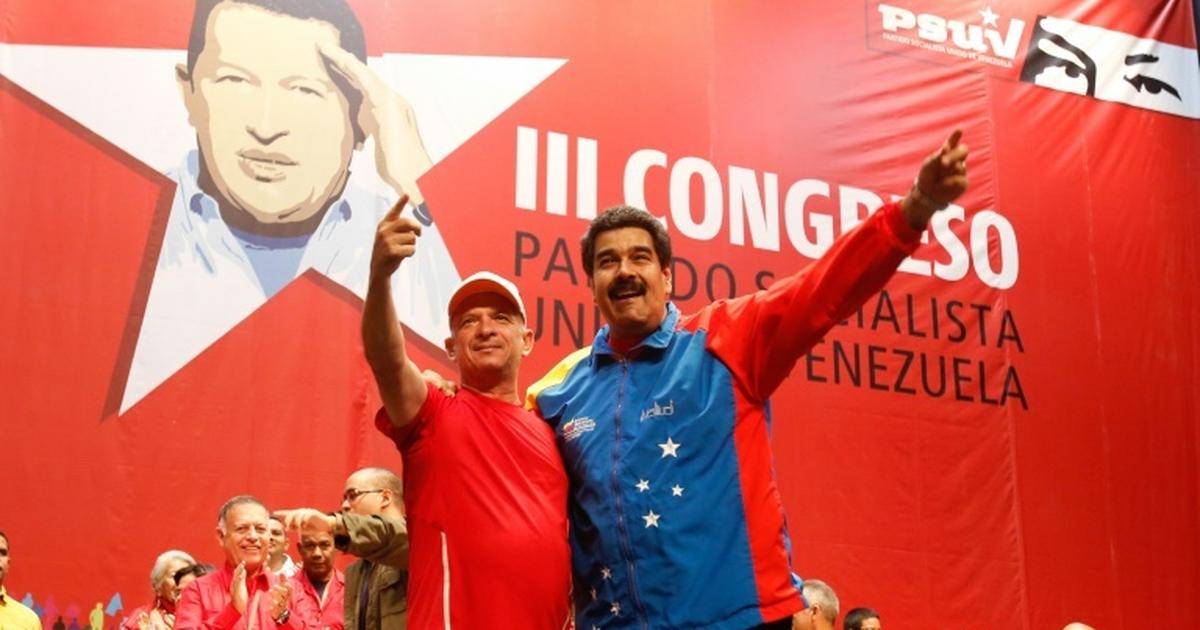 “They are currently looking for him,” said a spokeswoman for Spain’s national police, referring to General Hugo Armando Carvajal who served as intelligence chief under the late Venezuelan leader Hugo Chavez.

Judicial sources said police had gone to Carvajal’s house in Madrid to arrest him after Friday’s court decision but could not find him.

Carvajal’s lawyer María Dolores de Arguelles told AFP she had “not been informed” they were going to rearrest him, adding that she did not know his whereabouts.

In September, Spain’s National Court rejected a US extradition request on the grounds it was “vague” and “politically-motivated”, and instead ordered Carvajal’s release from provisional detention where he had been held since his April 12 arrest in Madrid.

The ruling drew a protest from the US State Department, which said it hoped the judges would “reconsider” their decision.

The court reversed that decision on Friday after accepting an appeal from the public prosecutor’s office, although full details of the ruling have not yet been made public.

“The judges found that the facts provided were sufficiently precise,” a court source told AFP on Friday.

‘The Chicken’ flees the coop?

On Monday, Carvajal himself tweeted: “Neither my lawyers nor I have been formally notified of any judicial decision regarding my case.”

And by Wednesday, his lawyer said she had still not received the full transcript of Friday’s decision, which court sources said would be released in the coming days.

Known as “El Pollo” (the Chicken), Carvajal was stripped of his rank by the administration of President Nicolas Maduro after coming out in support of Juan Guaido as Venezuela’s acting president in February.

He then fled by boat to the Dominican Republic before relocating to Spain.

Carvajal has long been sought by US Treasury officials who suspect him of providing support to drug trafficking by the FARC guerrilla group in Colombia.

In an indictment filed in New York in 2011, Carvajal was accused of coordinating the transport of more than 5.6 tonnes of cocaine from Venezuela to Mexico in 2006 that was ultimately destined for the United States.

‘Cartel of the Suns’

One of the evidentiary documents submitted in the US extradition request, which emerged during the September hearing, was a sworn statement by a US drug enforcement agent who accused Carvajal and Chavez himself of cooperating with FARC.

In it, the agent refers to Carvajal as a member of the so-called “Cartel of the Suns”, an umbrella term for alleged networks within the Venezuelan military and government that aid and abet drug trafficking.

He said the cartel “worked with the heads of the FARC to coordinate drug trafficking activities in Venezuela and Colombia, as a ‘weapon against the United States’.”

The documents also referred to allegations by a New York grand jury which said the Cartel de los Soles had been operational since 1999 and one of its stated aims “was to ‘flood’ the United States with cocaine”.

And the grand jury also accused Carvajal of providing “heavily-armed security to protect these drug shipments” en route to the United States.

If convicted, Carvajal could face between 10 years and life in prison, the US Justice Department said following his April arrest.

Carvajal has denied any links to drug trafficking and the FARC, Spanish judicial sources said at the time.

‘My sexual abuser was my friend of 10 years,’ Kaz Lucas opens up