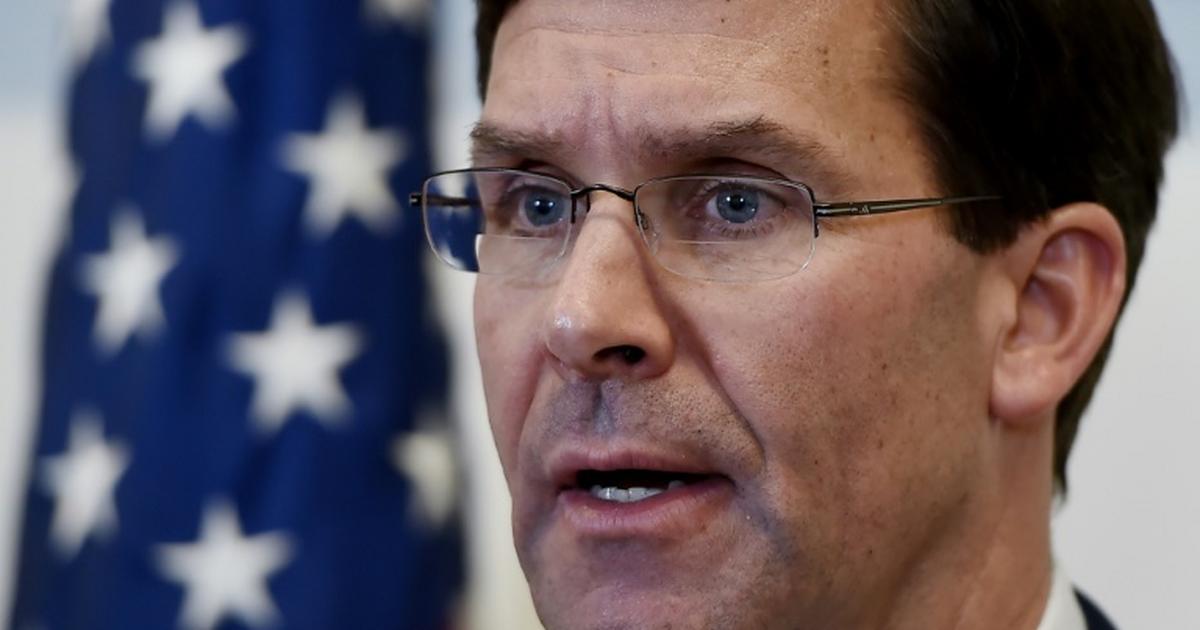 The North has long protested joint military drills, which it condemns as preparations for invasion, and has set Washington an end-of-year deadline to come up with a new offer in deadlocked negotiations on its weapons programmes.

The US and South Korea last year cancelled several joint drills in the wake of the Singapore summit between President Donald Trump and the North’s leader Kim Jong Un, but are due to carry out a combined air exercise next month.

“We will adjust our exercise posture either more or less depending on what diplomacy may require,” Esper told reporters on board his plane to Seoul, where he starts an Asian tour Thursday.

The possible downsizing of the joint drills should not be seen as a “concession” to Pyongyang, he said, “but as a means to keep the door open to diplomacy”.

“I’m all for diplomacy first,” he added.

His comments came after Pyongyang reiterated its demands for the combined exercise to be scrapped.

“The US is not accepting with due consideration the year-end time limit that we set out of great patience and magnanimity,” a spokesman for the State Affairs Commission (SAC) said in a statement carried by the official KCNA news agency.

The SAC is the North’s top governing body and it is unusual for it to issue such declarations.

Holding the drills would be an “undisguised breach” of the Singapore summit declaration, it said, adding: “Betrayal is only what we feel from the US side.”

“We no longer feel the need to exercise any more patience,” it went on, but gave no details of the “new way” it was threatening to pursue if Washington did not meet its demands.

Negotiations have been gridlocked since the Hanoi summit between Kim and Trump broke up in February with disagreement over sanctions relief and what the North would be willing to give up in return.

Working-level talks restarted in Sweden in October only to break down quickly, with the North blaming the US for not giving up its “old attitude”.

Pyongyang has carried out a series of missile tests in recent weeks and months, including one launched at sea, which it said was fired from a submarine — a potential strategic game-changer.

The tests would improve the North’s capabilities, Esper acknowledged.

“Anytime you test, you learn something,” he said. “We take them very seriously and we watch them very closely, but we’re also not going to overreact and do something that, for example, could close the door to diplomacy.”

The US top official is expected to urge the South to drop its plan to end a military-intelligence sharing pact with Japan, which Washington considers vital to keeping the nuclear-armed North and China in check.

In the latest manifestation of the neighbours’ dispute over wartime history, Seoul announced in August it would terminate the pact, saying maintaining it did not serve national interests. The agreement expires at midnight on November 22.

“Well, my message will be very clear,” said Esper when asked on the pact. “The… agreement must be maintained.”

Keeping the pact was “critical”, he said, in monitoring North Korea’s military actions as well as Chinese activities, calling on Seoul and Tokyo to solve their differences to focus “as allies to deter North Korean bad behaviour.”

“The only folks who are benefiting from this dispute right now are North Korea and China,” he added.

Seoul and Tokyo are both major US allies, democracies and market economies faced with an overbearing China and nuclear-armed North Korea.

But their relationship continues to be heavily affected by Japan’s colonial rule of the Korean peninsula from 1910 to 1945.

‘Njenga Mswahili and I were together on Sunday, days before he died!’- Consumator