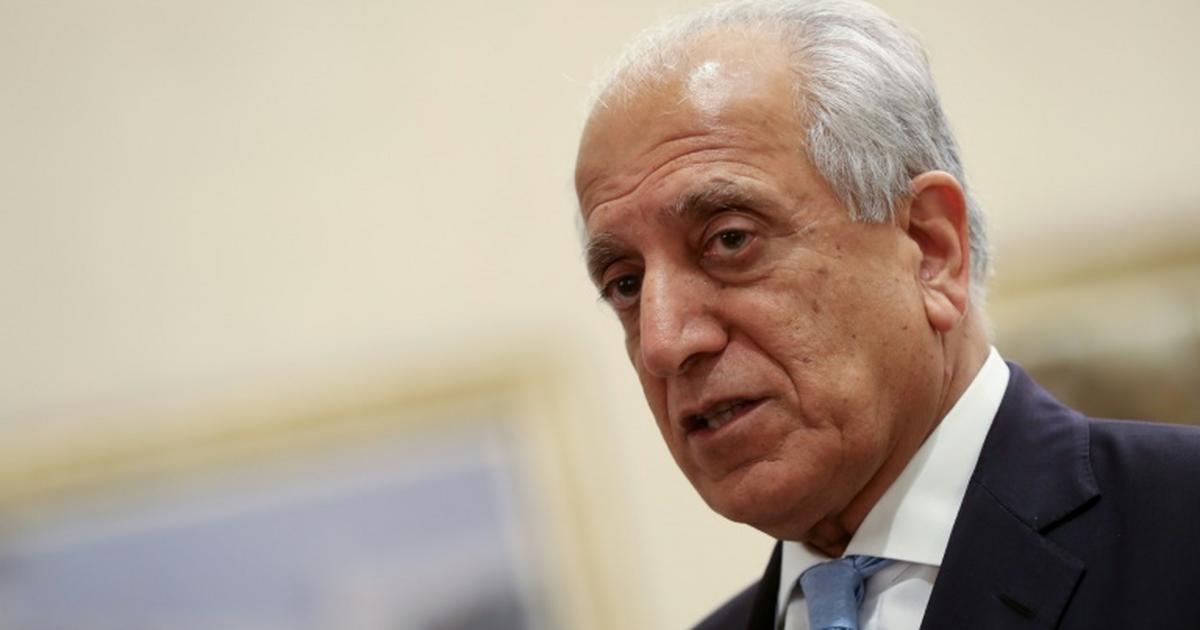 “The US rejoined talks today in Doha. The focus of discussion will be reduction of violence that leads to intra-Afghan negotiations and a ceasefire,” said the source briefed on efforts to end almost two decades of war in Afghanistan.

In September, the United States and the Taliban had appeared on the verge of signing a deal that would have seen Washington begin withdrawing thousands of troops in return for security guarantees.

It was also expected to pave the way towards direct talks between the Taliban and the government in Kabul and, ultimately, a possible peace agreement after more than 18 years of war.

But that same month, Trump abruptly called the year-long effort “dead” and withdrew an invitation to the insurgents to join secret talks at his US retreat at Camp David after the killing of an American soldier.

During a surprise visit to a US military base in Afghanistan last week, Trump said the Taliban “wants to make a deal.”

Jane p’Bitek: Filling my dad’s shoes is an impossible task

On May 13th the innovative anti-poaching “Rhisotope Project” was launched. The project which is based on nuclear science has the potential to drastically reduce Rhino poaching.

The project was initiated by the University of Witwatersrand (WITs) and is being implemented under a global collaboration with the Australian Nuclear Science and Technology Organisation (ANSTO), Colorado State University (USA), ROSATOM (Russian Federation), and the Nuclear Energy Corporation of South Africa (Necsa) as well as global scientists, researchers, South African rhino owners and veterinary surgeon Dr William Fowlds.

The Russian State Atomic Energy Corporation Rosatom is a key supporter and partner of the unique international technology collaboration between universities and nuclear organisations. The launch of the project happened at the magnificent Buffalo Kloof Private Game Reserve, which is also an important collaborator in the project.

On the day of the launch, the first phase of the project was implemented, a trace amount of completely harmless stable isotopes was carefully introduced into the horns of two rhinos. For the next three months scientists will monitor the rhinos and analyse various samples to understand how the isotope interacts within the horn and the animal.

Igor and Denver are the rhino pioneers and the main heroes of this project. Igor is named after Igor Kurchatov, a Soviet nuclear physicist who contributed greatly to the development of civil nuclear technology as we know it today. Denver is named after the capital of Colorado, in honor of the efforts provided by Colorado State University (USA) in the project.

Professor James Larkin, Director at the Radiation and Health Physics Unit at the University of Witwatersrand in Johannesburg, highlighted the project from a different perspective.

“One of the very few countries in the world, where you can come and see the big five. We’ve got to work hard to maintain that for the two reasons in the industry: for the people’s employment, for the benefit of everyone who lives and works around the game farm. You have to realise that you can shoot a rhino once, but if you shoot it with a camera, you can do it a hundred times, a thousand times and people will keep coming back to see these beautiful animals, that’s jobs for a lot of people, that’s growth of the economy”. He said

The Rhisotope Project is multifaceted and relies on the following key principles, demand reduction and horn devaluation, community upliftment and investment, education as well as rhino research and data collection. By focusing on these principles, the project aims to decrease the demand for rhino horn on the international market as well as make the horn more detectable when crossing international borders.

With over 10 000 radiation detection devices installed at various ports of entry across the globe, experts are confident that this project will make the transportation of horn incredibly difficult and will substantially increase the likelihood of identifying and arresting smugglers.

Once the research work has been completed and a proof of concept has been demonstrated, this technique will then be offered to both state and private rhino owners on the African continent and globally. The intellectual property, as well as training and assistance, will be made freely available to conservation organisations who may wish to utilise this process to further protect their animals from poaching.

“We are incredibly proud to play a fundamental role in this amazing initiative, which has the potential to save this incredible species from certain extinction”, noted Ryan Collyer, CEO of Rosatom Central and Southern Africa.

“We are also humbled by the fact that science is able to transcend boundaries, borders and politics as shown by this global initiative in a race against the plight of the African rhino.  We believe that science and particularly nuclear science will play a fundamental role in not only protecting the rhino but our planet in general.” He remarked

South Africa is home to 90% of the world’s rhino population. From 2010 to 2019 over 9600 rhinos were killed in poaching attacks. Even though the trade in rhino horn is illegal and banned internationally, there are many countries that drive the illicit sale of horn, countries like Vietnam, China, Cambodia, Croatia and North Korea to name a few.  Now trafficked rhino horn is not an industry of its own, it has become a lucrative “commodity” for the biggest crime syndicates to benefit from.

The 2019 KothBiro football tournament winners have finally been awarded their prize money a year after completing the tournament.

The winners had their prize moneys delayed after SportPesa the official sponsors of the tourney in 2019 closed offices in Kenya.

The football tournament which has been running for more than 10 years has never had an issue of not awarding their winners.

In August 2019, the betting company issued an official statement that it was cancelling all local sport sponsorship.

This is after a claim by the government that the betting company have not been paying their Taxes and their company license was at a verge of being revoked.

Speaking to Ghetto Radio, Paul Ojenge one of the Koth Biro officials appreciated SportPesa’s move to honour its promise to the clubs.

Ojenge says that the fulfillment of the promise has helped SportPesa clear the tourney’s name that they had embezzled funds.

“I want to thank the SportPesa team for giving us the cash regardless the situation that they are passing through. We as the Koth Biro team have depended on their sponsorship for the smooth running of the tournament. We want to thank those who were patient with us and supported us,” said Ojenge.

According to Ojenge football foundation starts in the grassroots and the reward from SportPesa is not taken lightly.

“Kenyan Premium League, GorMahia have not been awarded their four million shillings but they have awarded us as KothBiro. This shows that they love us and know the foundation of football that people have ignored,” added Ojenge.

SportPesa has sponsored a lot of sporting teams including football teams like, GorMahia and AFC Leopards; rugby teams and also the famous Kenyan Boxer Zarika.

Nicki Minaj pens message to late father on his birthday

American Rapper Nicki Minaj has penned down a birthday message for her deceased father.

The singer shared a photo of her father on Instagram saying she misses him.

According to Nicki, she has not come to terms with her dad’s death that happened in a  road accident in February this year.

She recently opened up on the devastating loss that left her broken.

“Tho I can’t really bring myself to discuss the passing of my father as yet; I can say it has been the most devastating loss of my life,” the 38-year-old wrote. “I find myself wanting to call him all the time. More so now that he’s gone. Life is funny that way. May his soul rest in paradise. He was very loved & will be very missed.” Wrote Nicki.

Her father died after a hit and run while walking on the roadway at Long Island. He was rushed to the hospital but declared dead on arrival.

The rise and fall of Trade Bank: A tale of the sleazy 90s

Africa Judo Elections: Maluki to face three others in quest for seat at continental body – KBC