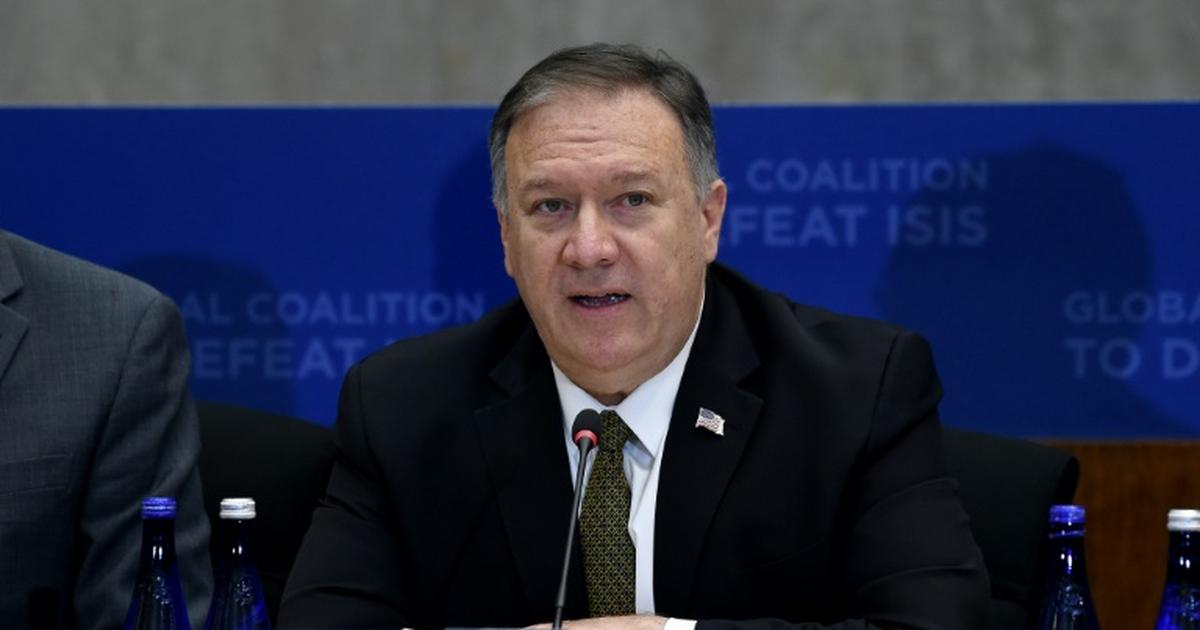 Senior officials from more than 30 countries discussed the campaign against the Islamic State group in a meeting in Washington proposed by France, which has been particularly concerned by President Donald Trump’s decision last month to pull US troops from Syria.

Trump’s move allowed an incursion by Turkey aimed at destroying Kurdish guerrillas, who had led the fight against the Islamic State group and run jails for captured extremists in their effectively autonomous area in northern Syria.

Secretary of State Mike Pompeo pressed the Europeans on foreign fighters, telling them, “we’ll hold them to account.”

“Coalition members must take back the thousands of foreign terrorist fighters in custody and impose accountability for the atrocities they have perpetrated,” Pompeo said.

But Nathan Sales, the State Department’s counterterrorism coordinator, acknowledged that “there is, candidly, a difference of opinion about the best way to resolve this problem.”

“The United States thinks that it’s inappropriate to ask Iraq in particular to shoulder the additional burden of foreign fighters, particularly from Europe,” Sales told reporters after the one-day meeting.

“It would be irresponsible for any country to expect Iraq to solve that problem for them,” he said.

“We think there should be a sense of urgency to repatriate now while we still can,” he said.

No desire for jihadists

Sales’ comments clearly were directed at France, which has opened talks with Iraq about trying foreign nationals.

European nations such as France and Britain have no desire to see the return of battle-hardened supporters of the ultra-violent group, which has claimed responsibility for a slew of grisly attacks against civilians.

Sales also dismissed proposals to set up an international tribunal for Islamic State fighters, saying it would “cost a fortune” and might ultimately be less effective than national courts.

European governments have revoked the citizenship of a number of citizens over alleged Islamic State links.

Such a step is virtually impossible in the United States, although a court on Thursday backed the State Department’s finding that one US-born extremist, Hoda Muthana, did not have US citizenship as her father was a diplomat from Yemen.

French Foreign Minister Jean-Yves Le Drian, in a statement ahead of the Washington meeting, said he would take up “the essential question of maintaining the certain and lasting detention” of the extremists.

France wants to highlight that “nothing is called into question and that crimes they have committed in Iraq and Syria do not remain unpunished,” the foreign ministry said.

US ‘will continue to lead’

Trump argues that the United States accomplished its military mission in war-ravaged Syria by crushing the Islamic State group, although he has since said that US troops will stay on to secure oil fields.

Pompeo dwelled little on Trump’s decision but said US forces remained positioned to “make sure ISIS will never get a second wind,” using a common acronym for the group.

“The United States will continue to lead the coalition and the world on this essential security effort,” Pompeo said as he opened the talks.

He scoffed at criticism of Trump’s move, pointing to the October 26 raid by US forces that killed the group’s chief Abu Bakr al-Baghdadi as well as an operation that killed his would-be successor.

“Ask them if there’s a deficit of American leadership in fighting ISIS,” Pompeo said.

The State Department meeting came a day after Trump welcomed Turkish President Recep Tayyip Erdogan to the White House, rapidly switching the narrative just weeks after threatening to destroy the NATO ally’s economy over its incursion.

NATO Secretary-General Jens Stoltenberg, speaking alongside Pompeo, acknowledged that there were “differences” among alliance members on Syria, where the situation he said “remains fragile and difficult.”

“But at the same time, we agree on the need to safeguard the gains that were made against our common enemy ISIS,” he said.