He attended a dinner hosted by the Kenya Airways ahead of its inaugural direct flights between Nairobi and New York on October 28.

The President is in New York for the 73rd Session of the United Nations General Assembly (UNGA).

He lauded the Kenya Airways and its partners for working together towards achieving “the noble idea of having direct flights between Kenya and the US”.

“On behalf of Kenyan people, I thank the United States Government for working closely with us to make this realization,” Uhuru said.

The dinner was hosted at Rockefeller Plaza in the high-end part of the New York, which is renowned for its imposing skyscrapers.

Top travel operators and investors attending the dinner were urged to seek partnerships to accelerate American investments in Kenya.

It is envisioned the KQ direct flights will open new frontiers in enhancing tourism, trade and investment opportunities.

The President is scheduled to hold several other business and bilateral meetings with various stakeholders among them key investors.

He appealed to the Kenyan Diaspora to take advantage of the friendly rates in the direct flights adding that it will see a reduction of the high fares through Europe.

Uhuru said the new milestone by Kenya Airways would open Kenya to more tourism, hence strengthening the bonds of partnership between the two countries.

Kenya hopes to double the number of American tourists visiting the country to ensure the US remains the largest market of visitors holidaying in the country.

The Head of State expressed his gratitude to the US Government for offering an opportunity for Kenya Airways to participate in the Customs and Border Protection (CBP) Advisory Programme.

“The programme will provide an on –site training and technical assistance on customs administration and border control for agencies that will handle Kenya Airways direct operations to the United States,” the President said.

He said his Government had scaled up investments in aviation infrastructure in order to enable the industry play its critical role in boosting the growth of Kenya’s economy and to facilitate the movement of people and goods to the rest of Africa and the World.

“To achieve this vision, I encourage Kenya airways to scale up its services and become the airline of choice in a very competitive industry. My administration has given you a strong platform to excel,” the President said.

He added that the Government has invested heavily in time and resources to attain the International Aviation Safety Assessment (IASA) for Category I Status.

The certification allows direct flights to the USA by locally registered airlines.

“We, therefore, expect the national carrier to seize the opportunity and become the true ‘Pride of Africa’,” he quipped.

During the dinner, it emerged that in Uhuru’s last trip to the US, where he met President Donald Trump, Kenya concluded Sh85 billion worth of commercial deals and engagements with the public and private sector.

This was said will help increase the Sh100 billion annual bilateral trade.

About 7,000 travellers, spread across the year, have already booked seats on Kenya Airways’ direct flights to New York ahead of the October 28 inaugural journey.

Through the direct flights, Kenya Airways will offer its customers a unique travel experience between two great gateways. It will be the fastest connection from East Africa to New York, with 15 hours duration eastbound and 14 hours westbound.

The opening of the US destination completes an essential piece for Kenya Airways’ network, cementing its position as one of the leading African carriers.

Kenya Airways Chairman Michael Joseph and the Chief Executive Sebastian Mikosz thanked the President for supporting the airline and walking the journey to realize the dream.

A 19-year-old teenager is in trouble with authorities for allegedly defiling a 16-year-old girl.
Tyson Ongaki has been charged before a Kisumu Chief Magistrate’s court and accused of intentionally defiling the minor on various dates. The crime was allegedly committed in Bomet.
The teenager who appeared before Chief Magistrate Peter Gesora however denied the offence and has been released on a Sh100,000 bond.
The court heard that after committing the offense on diverse dates between March 26, 2021 and May 14, 2021, the teenager moved to Kisumu.
He has also been charged with committing an indecent act with a minor.
An investigating officer handling the matter told the court that the suspect was arrested in Kisumu.
The magistrate directed that the matter be heard on June 15, 2021.

Anyone who has been following Kenya’s budgets over the last few years will recall headlines each year saying that the country has set its largest-ever budget.
The upcoming 2021/22 fiscal year is no exception, with Treasury Cabinet Secretary Ukur Yatani announcing a budget of Sh3.6 trillion – yes, the biggest ever! A little over Sh2 trillion will come from government revenues, with approximately Sh1.8 trillion of this from tax revenues.
The balance will be borrowed – another common feature of the last few years.
This year’s budget comes amidst an economic crisis brought on by the Covid-19 pandemic, with the inherent assumption that the pandemic will come to an end before the start of the next financial year.
Given surges in infections that are being seen globally, and indeed in Kenya, this assumption may well be the deal-breaker.
The Ministry of Health has already said that Kenya may see another wave of infections in July, fuelled by the Indian variant. This could result in more lockdowns with the associated impact on the economy and indeed revenue collections. The lack of vaccines is an issue that the government must address as a matter of great urgency if the country is to get through the pandemic without further economic woes.
While deficits in government budgets are not uncommon, Kenya seems to be annually widening the gap between expenditure and revenues.
If one applies this model to their household budget, the upshot will almost certainly be bankruptcy.

What is actually required is curtailing recurring government expenditures, which is something that the government has acknowledged in the past with proposed austerity measures.
The reality is that Kenya has not succeeded in doing this, and the pressure on revenue collection is exacerbated.
When you add to the high level of wastage and corruption we are witnessing, the deficit will almost certainly continue to widen.
The responsibility for tax collection and enforcement lies with the Kenya Revenue Authority better (KRA).
There is no doubt that the authority has improved significantly in this task since it was set up in 1995.
The taxman estimates that 4.4 million tax returns were filed by June 30 last year, up from 3.6 million in the previous year.  While this is a significant improvement, when compared to the country’s population, this number of returns seems unusually low.
The increase in the number of tax returns, is to a large extent, due to the online reporting system, iTax, and a major push by KRA through taxpayer education.
There is no doubt that the online system has made filing tax returns significantly easier and gone are the large queues of people witnessed at Times Tower on deadline day.
That said, there is still much to be done to make filing returns a seamless and painless exercise.
System downtime during filing periods is something that all of us will have experienced, although, in typical Kenyan fashion, we inevitably wait until the last day to file our returns as we do with most things!
The spreadsheet that one uses to file a return is by no means the simplest to use.  One key issue seems to be that taxpayers are not alerted to changes in the model until they try to upload a return.
The spreadsheet does not allow one to make it more relevant to their sources of income – in essence, it is too rigid and inflexible. KRA should be able to rectify this without too much effort.
Last year was unusual in that different rates of tax were applicable in the first quarter as compared to the rest of the year.  This followed the Covid-19 relief measures that were introduced in April 2020.
There was much debate about whether the changes were meant to apply for the whole year or whether some form of apportionment was needed.
In the end, the decision was made for apportionment. One can argue about what the correct treatment should be, but the issue was how long it took for the decision to be made and, indeed, to amend the iTax system.
The age-old notion has always been that the more complex and difficult it is to file a tax return, the more likely it will be that taxpayers simply won’t file their returns. While the issue with the system has been resolved, there is an inherent administrative issue here that must be addressed.
KRA has to be significantly more proactive in dealing with changes in rates and law to ensure the least inconvenience to taxpayers.
The writer, Nikhil Hira, is the Director of Bowmans Kenya.
The views expressed in this article are the author’s and not necessarily those of Bowmans Kenya 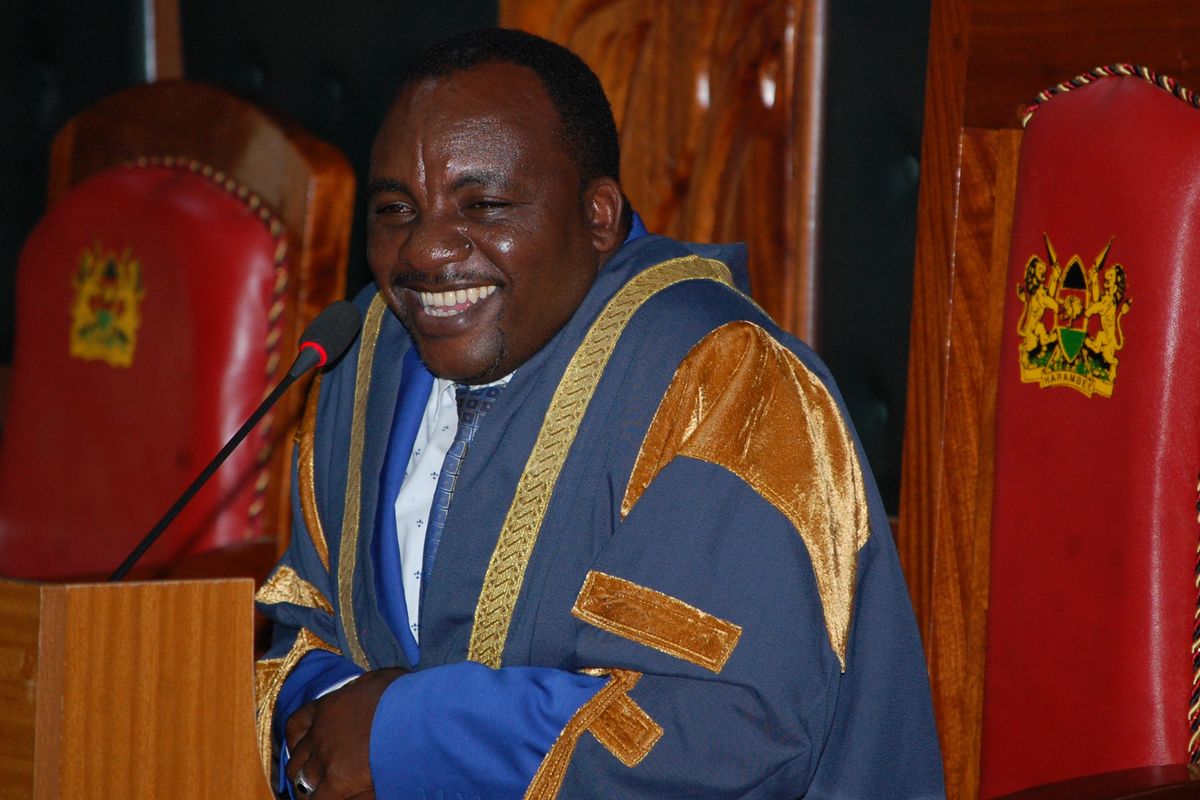 The leadership of Nakuru County Assembly has faulted the five-judge bench for declaring Building Bridges Initiative (BBI) Bill illegal. Speaking at the assembly Monday, the ward reps said the verdict was contrary to the wishes of the residents.

“We want to express our dismay with the way the judges handled the BBI Bill case because all the constitutional procedures, including the public participation, were adhered to,” said Speaker Joel Kairu.

The MCAs said that if the judges had any differences with the Executive, they should not have used it to settle their scores and punish the citizens.

“The citizens participated in the public meetings to support BBI as required by the law,” added Speaker Kairu.

The MCAs said they were optimistic the appeal against the ruling, which declared the BBI process illegal, will be successful.

Majority leader Moses Ndungu Kamau said it was ironic the court said the Independent electoral and Boundaries Commission IEBC was not capable of handling polls yet it has conducted many by-elections.

However, Subukia MCA Peter Mbae criticised his colleagues for attacking the Judiciary.

“This is the same institution they are going back to seek their appeal. It is unwise, illogical, and unreasonable for elected leaders to criticise the rule of law,” said Mr Mbae.

Africa Judo Elections: Maluki to face three others in quest for seat at continental body – KBC