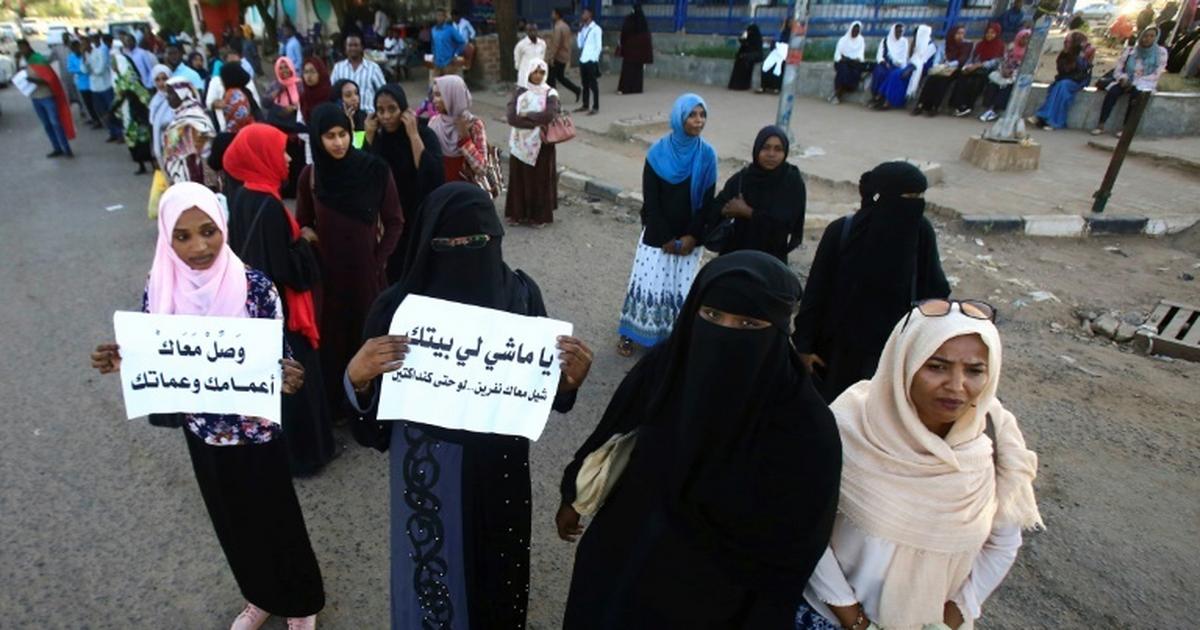 In the crunch that started several weeks ago, noisy crowds of men and women have jostled desperately for a ride back home when they spotted one of the city’s increasingly rare buses.

Worsening shortages of fuel and spare parts for dilapidated vehicles have conspired with traffic jams on pot-holed roads to halt public services and drive many private operators out of business.

On a bad day it all threatens to bring the capital Khartoum, a city of four million, close to a standstill.

The crisis has become a key challenge for the transitional government of Prime Minister Abdalla Hamdok, which took office after the toppling of longtime president Omar al-Bashir.

“We took to the streets in demonstrations,” said Khartoum University student Ruqaya al-Nur, 24. “We now have a civilian government, but there is still no solution to this crisis.

“Will this transport crisis remain always? Will we continue to suffer?” Nur asked, complaining that she walks for kilometres (miles) every day just to catch a ride to the university.

After 30 years in power, Bashir was ousted by the army in April following mass protests over spiralling living costs and shortages of fuel and foreign currency.

While the protesters scored a political victory, many state institutions have since struggled to keep public services running efficiently.

The fall of the Sudanese pound against the dollar has made spare parts costlier for private operators, many of whom now prefer to keep their vehicles parked rather than get stuck in peak hour traffic jams.

Volunteers to the rescue

To help alleviate the public transport crisis, hundreds of young volunteers — many of them enthusiastic veterans of the pro-democracy protests — are back on the streets to help stranded commuters.

During peak hours, they can be seen urging private car owners and bus drivers to ferry the stranded passengers, often free of charge.

“On your way home, take two people with you!” shouted a volunteer at drivers on a Khartoum road — and indeed many of them stopped to help.

Nur, the student, agreed: “If each private car that is passing by takes just one or two people along, the crisis will be solved.”

The elderly have been especially hard hit, among them Hajj Abu Ahmed, who stood waiting in front of the Grand Bahri mosque in north Khartoum.

“I can’t run… I have been waiting for two hours,” said Ahmed, a resident of Omdurman near Khartoum, wearing traditional Sudanese attire.

“Several buses passed by… I’m old and I don’t have money to take a taxi or a rickshaw.”

One volunteer, Hassan Seifeddine, 27, told AFP the group just wants to “help ferry people to their homes”, adding that “we give priority to women, children and the disabled”.

Often the youngsters even compel private bus operators to change their routes.

One bus driver said: “I was heading to the Masrif area, but the guys forced me to go to Koubri,” a suburb located in the opposite direction.

The volunteers are demanding government action, and some of them chanted: “I swear, I swear, we will get new cars and new buses.”

Hamdok, the new prime minister, has pledged to import new buses, and spare parts to repair the old ones, as well as to fix ramshackle roads.

The government days ago ordered a more short-term measure. All vehicles belonging to ministries and state offices have been deployed, whenever free, to transport people free of charge.