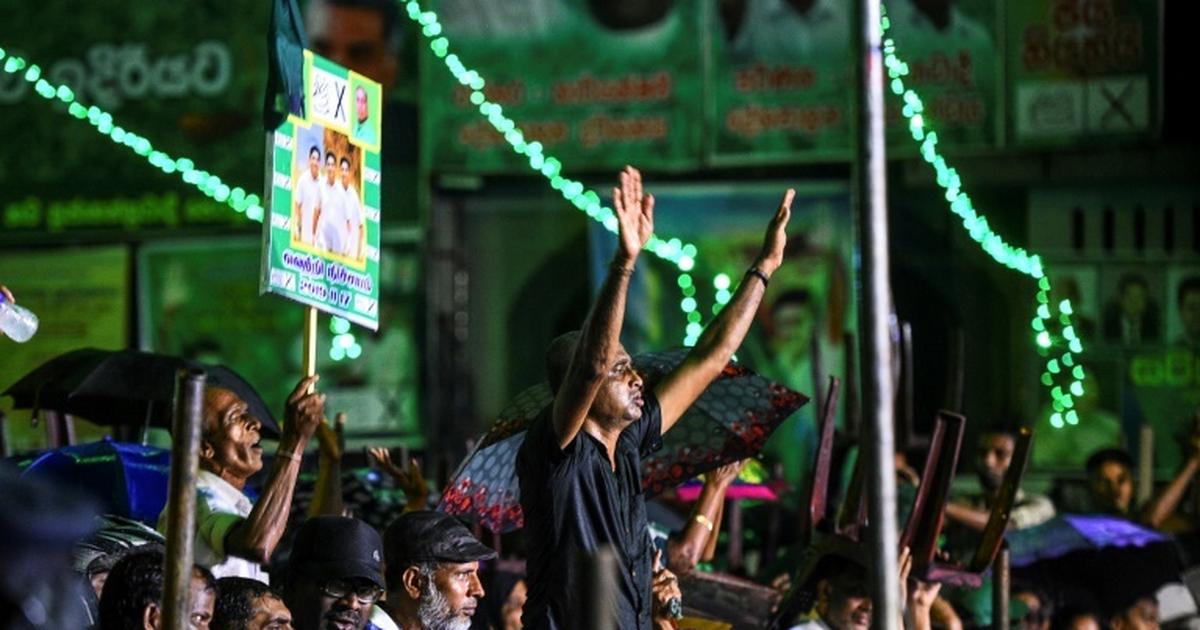 The attackers stormed the home of Lasantha Wijeratne, who released his book “Wasteful Development and Corruption” last week and gave a copy to ruling party candidate Sajith Premadasa.

“Four men broke into the house and stabbed him in the arm after holding a pistol to his wife’s head,” Wijeratne’s lawyer Tharaka Nanayakkara told AFP by telephone. “They smashed furniture before escaping.”

Nanayakkara said the attackers accused Wijeratne of harming the campaign of Gotabaya Rajapaksa who is believed to be in a close race with Premadasa for the top job.

Gotabaya is the brother of former president Mahinda Rajapaksa, during whose decade in power until 2015 at least 14 journalists were killed according to Reporters Without Borders (RSF).

Police said they launched an investigation into the incident in the south of the island nation, but were yet to arrest any suspects.

It came even as Election Commission chairman Mahinda Deshapriya said the campaign had been relatively peaceful compared to previous polls.

However, he said the behaviour of both private and state-controlled television networks had been highly biased and he hoped to prosecute offenders after the election.

No media organisation has been prosecuted for violating election laws, but last week Deshapriya banned a state TV network from broadcasting any political content after accusing it of partisan coverage.

However, the Commission reversed the move the next day following protests that it was not being even-handed with all media outlets violating campaign rules governing broadcasts.

“The run-up to the election was relatively peaceful, but the campaign in the media is the worst we have ever seen,” Deshapriya said.

Campaign rallies ended Wednesday night leaving two days of cooling period before Saturday’s poll at which 15.99 million people are eligible to elect a leader from a record 35 candidates — including two Buddhist monks and just one woman.

Frontrunners Premadasa and Rajapaksa wrapped up their final rallies amid tight security involving hundreds of elite police and paramilitary units.

Premadasa, 52, is the son of assassinated president Ranasinghe Premadasa who was targeted by a suicide bomber during a rally in Colombo in 1993.

While ethnic tensions have eased, this year the country was rocked by coordinated Islamist extremist bombings on Easter Sunday that killed at least 269 people.

The European Union on Wednesday despatched 30 additional election observers around the country, joining 50 who have been in Sri Lanka for a month following the campaign.