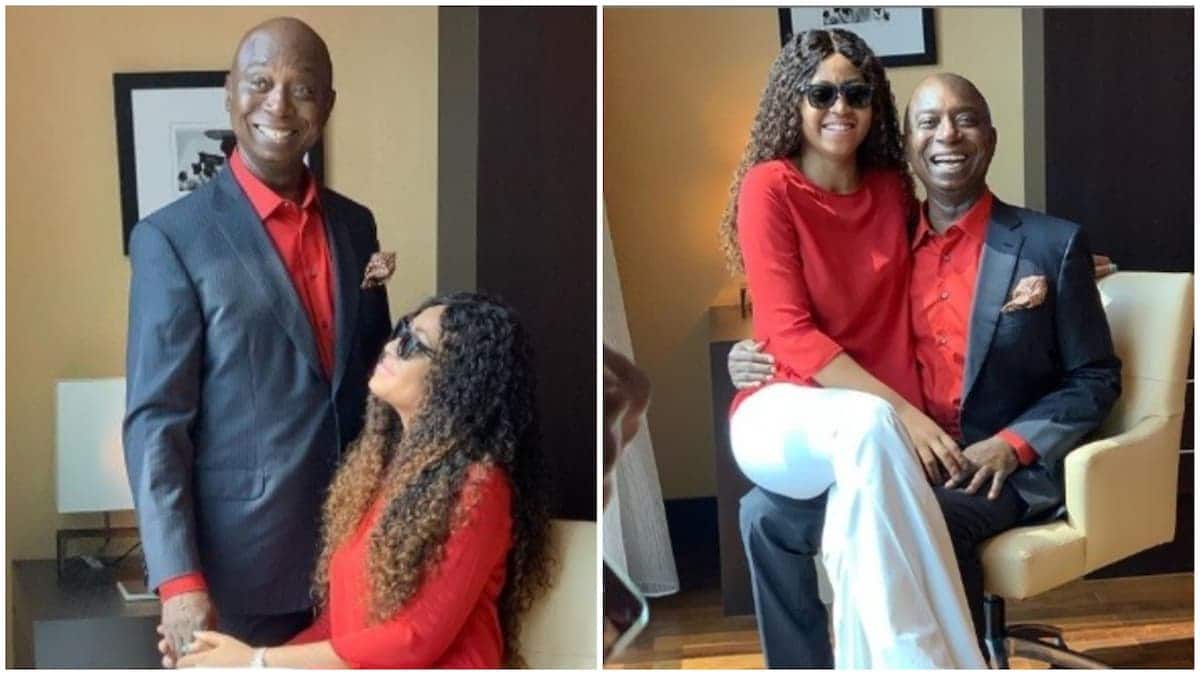 – To her, she is too stubborn and hard-headed therefore a young man cannot handle her

Nollywood actress Regina Daniels has finally explained why she was attracted to a man old enough to be her father.

According to the young actress, she is a stubborn woman who cannot handle a man her age.

The youthful Nigerian star said only an elderly man can handle her moments of ‘madness’ and deal with her hard headedness.

“I do not think I could have married a man my age, I mean a young man because I am too stubborn. Very, very stubborn,” Regina told OAP Daddy Freeze.

As she blushed like a shy schoolgirl, Regina said she never refers to her boo by his name.

Instead, she prefers calling the 59-year-old tycoon baby and other endearing names.

Her husband Ned Nwoko laughed and said he is the youngest baby in town and loves hearing his wife stroke his ego with darling names.

Ned said the actress respects him and loves him dearly.

The two had kept their relationship under lock and key before being spotted together during a public event.

Later on, Regina was seen living her best life in the tycoon’s fleet of cars and private jet.

The pair got married and Regina has been close with Ned’s kids ever since.

People we can’t go a day without calling | Tuko TV