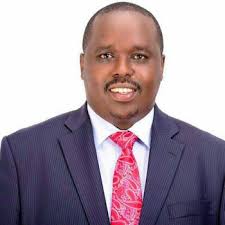 President Uhuru Kenyatta is engaging senior politicians from the Rift Valley to tame William Ruto’s influence after striking a deal with Kanu of Senator Gideon Moi. A plan is to have the DP just left to control Nandi county politics. Faces are being groomed in South Rift, Kipsigisland, Baringo, Uasin Gishu, Elgeyo-Marakwet, West Pokot and Turkana counties to tame the DP. The naming of West Pokot Senator Samuel Poghisio of Kanu as majority leader in the senate is part of the power game.

Kanu apart from senatorship also won governorship. Many had expected Senator Kipchumba Murkomen replaced by a Kalenjin as majority leader but it never was. The regions have been divided into North Rift, South Rift, Central Rift and South Rift. In the coming days, appointments will concentrate in Kipsigisland,Tugen and Keiyo. Regions seen as DP strongholds in the coming years will be sidelined in appointments forcing voters to sing to the tune of his opponents. Murkomen removal followed the sacking of Henry Rotich from the powerful docket of finance. Many had expected Rotich to be replaced by a Kalenjin but instead an outsider Ukur Yatani landed the slot. 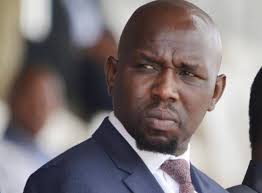 Sources say Gideon Moi fronted for Poghisio to consolidate his power base in West Pokot and isolate DP allies. In Kipsigisland, former Bomet governor Isaac Ruto is to lead anti-Ruto forces. He is is the leader of Chama Cha Mashinani party and recently held talks with the president. The meeting was at State House after being picked by a chopper from his Tumoi home. In Uasin Gishu governor aspirant Kiprop Buzeki is to spearhead the anti
–Ruto forces with Elgeyo Marakwet governor Alex Tolgos taking the region. The honeymoon between for the president and his deputy is finally over, with the ouster of the DP’s allies in senate as the final nail in the marriage of convenience cobbled together ahead of the 2013 general election. But what is intriguing are the accusations of forgery, with the president’s men claiming Ruto’s digital strategist Dennis Itumbi forged parts of the Political Parties Dispute Tribunal’s ruling, which senate speaker Ken Lusaka threw to the dustbin. On the other hand, Ruto’s allies claim the president forged the signatures of some senators to indicate they attended the State House meeting that approved the removal of Senator Murkomen and his Nakuru counterpart Susan Kihika.

Murkomen was replaced by West Pokot senator Samuel Poghisio (Kanu) while Kihika was replaced by Murang’a senator Irungu Kang’ata (Jubilee). For now, Murkomen and Kihika hopes on clinging onto their former positions lies with the High Court where they have challenged their ouster, arguing that it was illegal. Prior to the duo’s ouster, the DP allies, while fighting to regain control of the ruling Jubilee party had irked the president when they took the war to his doorstep with a barrage of damaging revelations, including an exposè on how a company associated with the president’s relatives was awarded a multimillion-shilling tender to supply key campaign materials in the run up to the 2017 elections. The revelations that the Jubilee party paid the president’s niece, Nana Gecaga, Sh361 million for supply of branded T-shirts, caps and other merchandise in 2017 through her company, Bora Ubora Limited, which ironically has never paid taxes to the government, is said to have unsettled the head of state to an extent of him vowing to crush his number two. Further, another niece to the president, Selina Renee Pratt was also roped in, as the person who was demanding payments from the party. 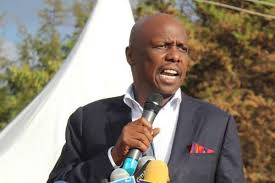 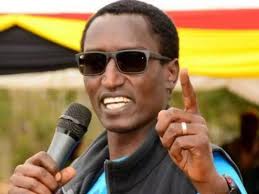 But the Kang’ata list drew protests from Ruto’s allies led by Cheruiyot who disputed it saying: “You will never see photos of the purported Jubilee senators’ PG for the very simple reason that numbers do not lie. Of the 35 Jubilee senators, 23 kept off.” Before as Lusaka delivered his ruling, senators allied to Ruto had rushed to the Political Parties Dispute Tribunal and obtained orders suspending the post-election coalition agreement between Jubilee Party and Kanu, which invalidated the deal that led to removal of Murkomen and Kihika. In the application filed before the tribunal by Kihika, Jubilee deputy secretary Caleb Kositany and Mumias West MP Benjamin Washiali claimed the ouster was illegal and did not follow due process. Tribunal chairperson Desma Nungo, in his ruling, suspended the political pact between Jubilee and Kanu, pending determination of the dispute. 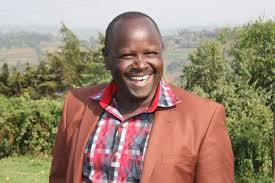 Has Joho settled on Shahbal as successor? – Weekly Citizen 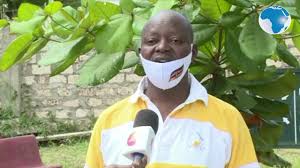 A Kilifi-based businessman James Munene is a bitter man as he is demanding payment of Sh1.5 million for the supply of construction materials made to a hotel owned by William Ruto. Munene has been demanding the payment since August 2018 which has not been forthcoming. Ruto hotel trades under the banner name of Dolphin Hotel and is on a 10-acre piece of land in Shanzu area of Mombasa.

Munene claims the payment for supplied materials was to be made by Jubilee party coast region coordinator Farid Swaleh who is in charge of the suppliers. Munene said several attempts to reach out to Swaleh were for payment had proved unsuccessful as all his mobile phones are perpetually switched off with reports indicating that he holed up in Dubai. 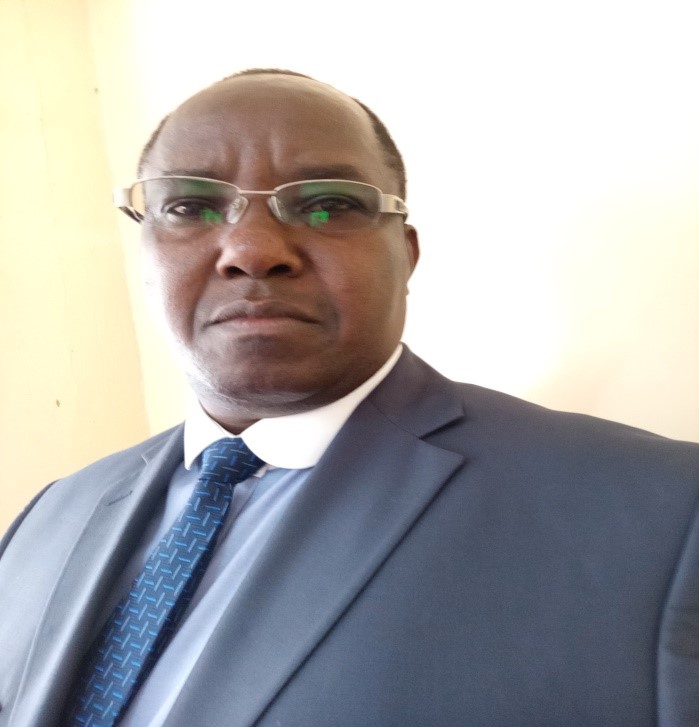 An orchestrated move by Meru governor Kiraitu Murungi to reorganize the health services department as well as county public service has not been received well by those affected.

Three chief officers who were caught in the controversial shake-up are Denson Mbuui (trade), Martin Gitije (physical planning and urban development, and Victoria Kimonye (health services). It is rumoured that the removal of Kimonye from health docket was a calculative move, to place the governor’s blue-eyed boy, to control the COVID funds running into millions of shillings. Mbuui is the new chief officer of physical planning and urban development, and was replaced by Martin Gitije. 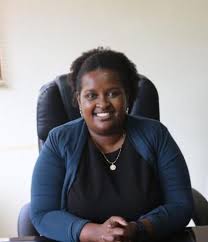 Kimonye was named new chief officer of public health in the department of health services, with Meru Teaching and Referral Hospital CEO, James Mungatia, acting chief officer of medical services in the health services department. While at planning, Gitije is said to have been at was at war with his staff and blamed for enjoying the governor’s protection. He has no experience in handling health-related matters, so it is claimed, with the coronavirus disease taking a toll on the world health order. Joseph Mukundi is to serve the chief executive officer of MTRH in an acting capacity. 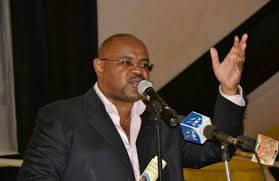 The taxman has zeroed in on Daniel Wamahiu over unpaid value-added tax and income tax remittance worth close to Sh327 million. Wamahiu, a former chairman of Kenya Pipeline Company is being sought over ownership of several companies that did business with Geothermal Development Company during the 2013 to 2017 financial years. During his tenure at KPLC, the tycoon was involved in suspicious business deals and fronted various firms to win lucrative tenders. The controversial allocation of KPC land to Amaco Insurance was the tycoon brainchild. Wamahiu is a close associate of deputy president William Ruto. He is a frequent visitor at Weston Hotel. His company recently got a multibillion contract with the Kenya Urban Roads Authority. Also under probe is his bank accounts spread across six financial institutions running into billions. It is suspected one of his dollar accounts is used in money laundering.

This however was not without drama as some junior officers at Kenya Urban Roads Authority openly complained of the tender award. Weekly Citizen has information, the Kura tenders awarded to Wamahiu were highly inflated forcing a section in procurement to raise eyebrows. The tycoon during the Uhuruto best days was untouchable and boasts to be funding Ruto presidential bid 2022. The businessman has been holding high-level meetings with Nyeri professionals to map out strategies for 2022. He sees himself as the next Nyeri governor or the next Roads and Infrastructure CS or Energy CS if Ruto wins the presidency and forms the next government. The suave businessman has excellent contacts at the top echelons of the Judiciary and is always seen wining and dining with Supreme Court judges, those in Court of Appeal and High Court. 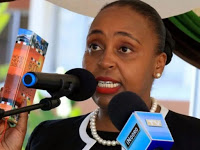 It is not known his interest in associating with judges but many see suspicion. Wamahiu controls most Nyeri MPs who must lie low or he threatens to sponsor opponents in their constituencies. One MP was heard pleading with him to spare him. The first-term MP says he was asked to beg Wamahiu if he expected mercy from him. The cowboy contractor has no time for Governor Mutahi Kahiga whom he says is not educated. The tycoon according to sources has been funding deputy governor Caroline Karungu to undermine her boss. Wamahiu was last week in panic upon learning the government was also investigating Mathira MP Rigathi Gachagua on matters relating to money laundering and tax evasion. The MP banks’ accounts were frozen after Assets Recovery Agency petitioned Nairobi Milimani Court. 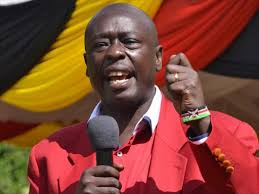 Five companies linked to the MP and his co-directors have been blocked from operating accounts at Rafiki Microfinance Bank. Rigathi operates three accounts at Rafiki Microfinance Bank under his name. His company Wamunyoro Investment named after his family member has two accounts. Not spared are his companies, namely Technical Supplies and Services Kenya Limited. The said firms are accused of siphoning billions of shillings from Nyeri county ever since the heyday of his late brother who was governor then. When his brother was ailing, the MP was a defacto governor and called shots including manipulating the award of tenders. Other companies associated with the MP that are in trouble include Crystal Kenya Limited, Jenne Enterprises and Encartar Diagnostics Limited. They are all operated at Liaison House, along State House Road, according to documents filed in court. 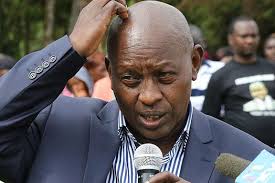 The MP is accused of colluding with Nyeri county government officials and the state’s department for irrigation to siphon taxpayers’ money through his companies and that of his proxies. At Nyeri county, Rigathi is said to have employed his henchmen in the procurement department during the reign of his late brother Gachagua as governor. Back to tycoon Wamahiu, he has been desperate to withdraw money from his accounts, raising eyebrows. A member of the Civil Engineering Contractors Association, Wamahiu has registered offshore companies that he claims to hold his 2022 campaign kitty and that of Ruto.