– Born from a humble background, Atieno’s early life was full of struggles and she was forced to drop out of school while in Class Eight

– Currently, she makes at least KSh 1,500 per day from her coffin business

Coffin making is a dreaded job, often associated with bold and tough men who fear nothing associated with the dead, however, for Loyce Atieno, the job is as good as any other business venture.

Known as Mama Jeneza (the coffin woman), Atieno proudly operates her business without paying much attention to what the society thinks about her choice of a job.

When TUKO.co.ke visited her at her workplace in Nakuru near the county morgue, the mother of four revealed that she quit selling vegetables in 2012 and opted to learning how to make coffins.

“Selling vegetables was not earning me enough money to cater for the family expenses so I had to quit,” said Atieno

She made the decision without consulting anybody including her husband who she revealed was perplexed with her move.

“I didn’t tell anybody about it because I was the one who was felling the loss, I only mentioned it to my husband after I had started the job,”

She explained that vegetable selling was unpredictable and difficult to sustain because at some time, veges could expire resulting to losses. 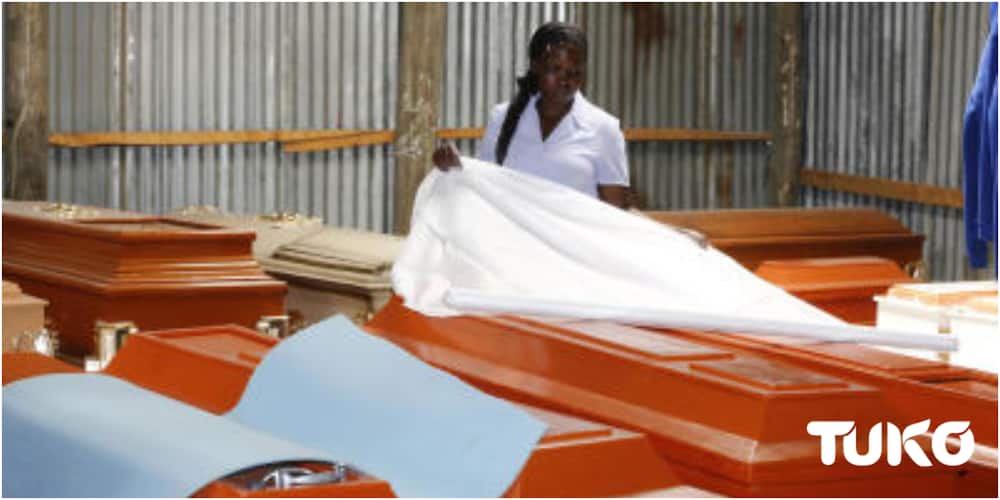 Atieno noted coffin making has elevated her living standard and enabled her to pay bills including educating her children.

In a day, she makes at least KSh 1,500, an amount she said is enough for her and the family.

“Few people get such money in a day including those who went to school, I am really proud of this job,” said Atieno

Born in a humble family, mama Jeneza’s early life was full of tribulations and struggles which forced her to cut short her education at class eight.

She ventured in the vegetable trade but when it became unsustainable, Atieno switched to her current occupation back in 2012.

The Class Eight dropout started by painting coffins before graduating into a full fetched coffin maker later in the year.

“One coffin goes at KSh 30,000 though they vary depending on customer demands and specifications,” said Atieno 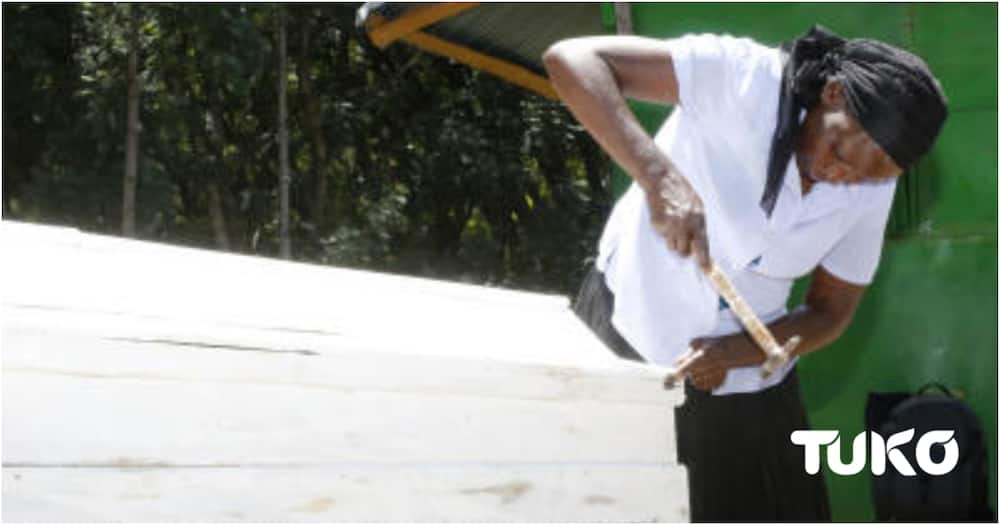 According to Mama Jeneza, a good paint is what often attracts clients and she has mastered the art of doing it best.

“A fine paint on a coffin is what will sell. I do the painting and people appreciate it unlike men,” she added.

Passersby who have never seen a woman do coffins stare at her in bewilderment.

Atieno said her family is comfortable with her business and her children have been supportive all through.

“My children are happy and they normally come over to help me with the work during holidays,” she said

She dismissed assertions that coffin makers like her often pray for people to die in order to make money saying death is natural.

Do you have an inspirational story you would like us to publish? Please reach us through [email protected] or WhatsApp: 0732482690. Follow us on Telegram: Tuko news

The Eid-ul-Fitr Confusion I Tuko TV