By NDI EUGENE NDI
More by this Author


Cameroon Indomitable Lions captain Benjamin Moukandjo has announced his retirement from the national team, weeks after head coach Clarence Seedorf left him out of his squad.

Moukandjo, who captained the Indomitable Lions to their fifth continental crown in Gabon in 2017, was excluded from Seedorf’s squad for the Africa Cup of Nations (Afcon) 2019 game against the Comoros earlier this month.

Unveiling his first ever selection at a press conference in Yaoundé, the new Indomitable Lions head coach said good players play for the best clubs in Europe and appear in top competitions like the Champions League and not in China and Asia, a statement that apparently provoked Moukandjo’s decision.

“I learned of my non-selection by coach Clarence Seedorf and the comments he made which is unfair to me because in my capacity as captain who led the lions to their fifth coronation, I did not even receive a phone call from the coach to tell me about his decision,” Moukandjo, who plays for Beijing Renhe, said in a statement on Saturday.

Moukandjo said he differs with coach Seedorf’s comment that the Chinese league is not competitive.

“I find it absurd to think those who play in China are not competitive. My real level and that of my teammates would have first been tested on the field before the coach’s decision to shelve any player,” Moukandjo said.

The former Indomitable Lions captain said though retired, he remains proud of the years spent with the team and expressed gratitude to his teammates and all those who supported and trusted and him.

“I am convinced, in all humility that I have accomplished my mission, living up to the expectations of my country. I wish the national team good luck for the next Africa Cup of Nations and I hope they will be able to win it for the honour of Cameroon,” Moukandjo further said in the release.

The 29-year-old joined the national team in 2011 and has since made 55 appearances scoring eight goals.

These are the 5 things you must do before Dreamforce, the 170,000-person tech conference taking over San Francisco this week (CRM)

Will retiring governors be kingmakers in 2022 contest? 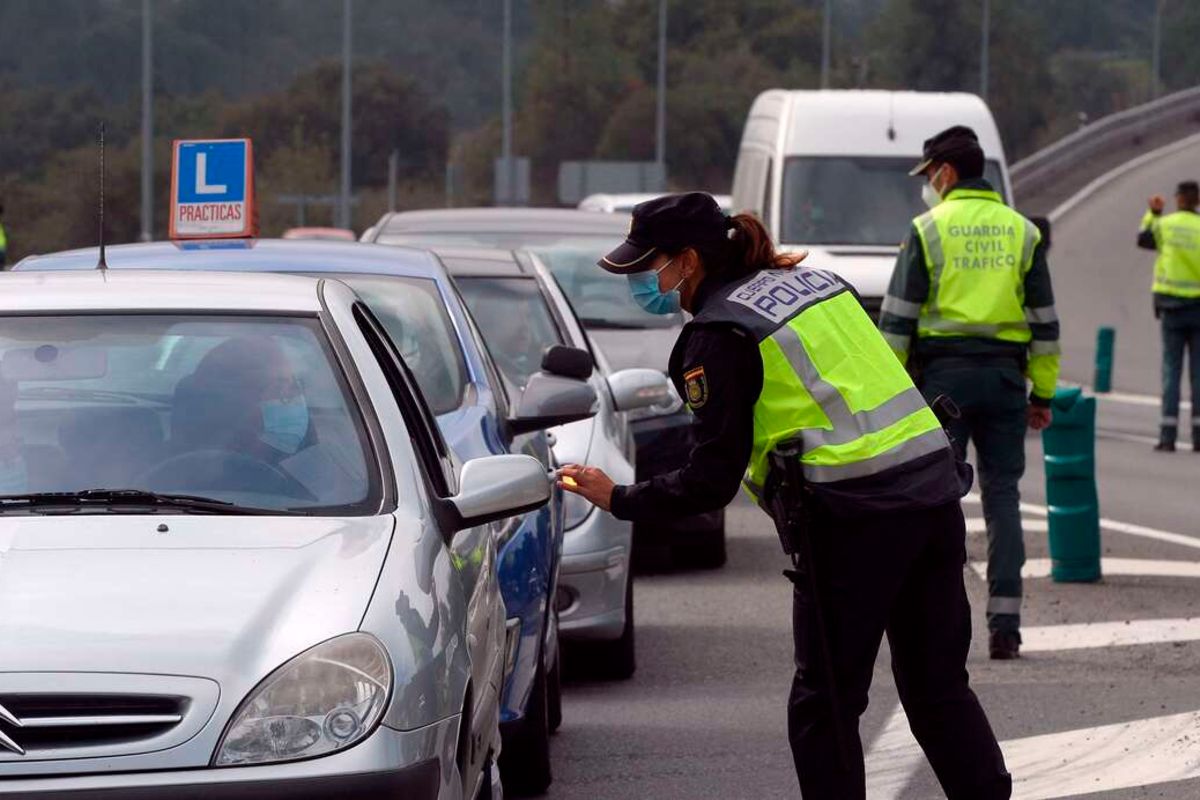 Spain has lifted a state of emergency in place since October to fight the pandemic, allowing Spaniards to travel between regions for the first time in months.

“I was fed up with not being able to get out of Madrid,” jewellery designer Blaca Valls told AFP on Saturday, echoing the relief of many in the country over the easing of restrictions.

“I felt frustrated, locked down, with no freedom,” added the 46-year-old who plans to go to Galicia, in northwest Spain, next weekend to celebrate a birthday.

Argentina Enriquez, a 37-year-old Mexican student, said she was impatiently waiting to head to the countryside to enjoy barbecues with friends, play the guitar and go for walks.

“Just being together… a lot of emotions,” she said.

Although the emergency measure, which expired at midnight (2200 GMT Saturday) will lead to more freedoms, it is a headache for the country’s 17 regional governments responsible for health care.

The state of emergency provided them with a legal framework to impose measures — such as night-time curfews or a ban on non-essential travel between regions — that limited freedoms.

Except for a few days over Christmas when the restrictions were lifted, people have not been able to travel to other regions, go on holiday, or see family.

Discouraged by the surge in infections after Christmas, the authorities did not loosen internal travel restrictions during Easter week, normally a peak travel period in Spain.

But what really angered Spaniards was the fact that foreign tourists were able to pour into the country on holiday while they were banned from travelling to the beach or visiting loved ones.

While intra-regional travel bans have ended and curfews have been lifted, not all of the restrictions are being relaxed in Spain, one of Europe’s hardest-hit nations with nearly 79,000 deaths and 3.5 million infections.

They can also seek court approval for stricter measures such as reimposing curfews, capping the number allowed at home gatherings or extending a ban on internal travel.

But the courts have offered different rulings, leading to a patchwork of measures across the country.

A court in the eastern Valencia region approved a midnight-to-6am curfew, while the top court in the northern Basque Country said the area could not keep its night-time curfew.

But his administration has refused, saying the measures could not remain in place indefinitely, pointing out that the infection rate was stable and that Spain’s vaccination programme was progressing rapidly.

Even so, it passed a decree allowing regions the right to appeal to the Supreme Court if a local court strikes down a proposed measure.

At the head of a minority government, Sanchez had faced an uphill struggle to cobble together enough support to approve an extension of the state of emergency.

State-owned rail operator Renfe says ticket sales for next week are up 13 percent over the last seven days.

But after more than a year of restrictions, and with the weather turning hot and sunny, the authorities have warned people against letting down their guard.

Spaniards must be careful “not to get the wrong impression about what ending the state of emergency means… it doesn’t mean an end to the restrictions,” the health ministry’s emergencies coordinator Fernando Simon said on Thursday.

Everyone must continue to behave responsibly, he insisted.

“Nothing can be ruled out in terms of the evolution of the pandemic.” 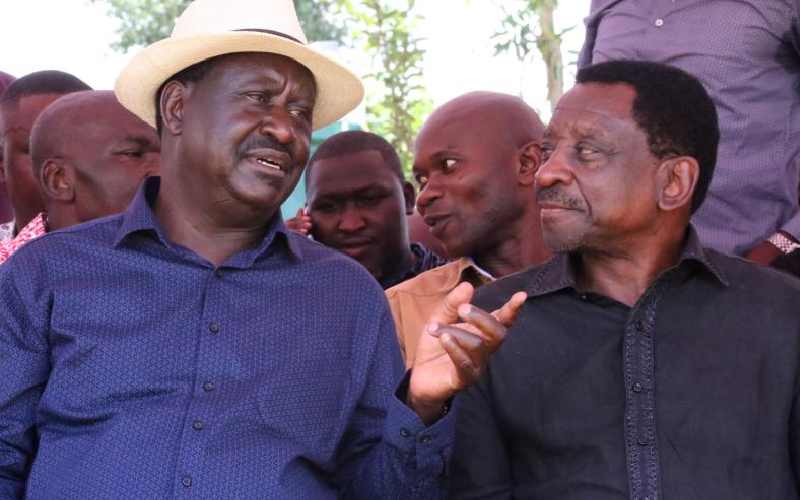 The day before March 9, 2018 Handshake between President Uhuru Kenyatta and ODM leader Raila Odinga, the latter had a long meeting with Senator James Orengo and businessman Jimmy Wanjigi.
At no point did Raila mention to them his appointment with President Kenyatta the next day at Harambee House. Sources close to Raila and Orengo say the Siaya Senator was least amused. Getting to know about the Handshake through breaking news like everybody else was a slight for Raila’s confidant of many years.
Worse for him, Raila was accompanied to the ceremony by Suna East MP Junet Mohamed.
Flashback to 2002 elections. Speaking to journalists in Kisumu two days before presenting his nomination papers to vie for the presidency, Orengo declared himself the “peasants’ candidate” pitied against the “heirs” Uhuru Kenyatta and Raila.
Uhuru, son of first President Mzee Jomo Kenyatta, was a candidate. Raila, son of first Vice President Jaramogi Oginga Odinga, was not. However, he was regarded the king-maker of Mwai Kibaki with his famous “Kibaki Tosha” declaration at Uhuru Park.
According to Orengo, Uhuru and Kibaki were seeking the presidency on the basis of “entitlement”, while he was in the race as the “ordinary people’s” candidate. Orengo is the son of one Apollo Olunga, a junior police officer in early years of independence.
Such is the background to the latest tiff between Raila and Orengo in regard to the Building Bridges Initiative (BBI) Bill.
The emotion and body language in Orengo in the Senate on Thursday betrayed underlying issues other than the BBI debate.

Political pundits see in him a man in a hurry to curve his own territory away from Raila in post-2022 political dispensation. Indeed, talk has already come up in Luo-Nyanza as to who is Raila candidate and who is Orengo candidate for which seat in 2022.
The BBI and 2022 politics aside, those who have closely worked with Raila and Orengo talk of a deep seated sibling rivalry going back to the days of original Ford party at the return of multiparty politics in 1992.
Twilight years
In the twilight years of the single-party, Orengo endeared himself not just as lawyer to the doyen of opposition politics, Jaramogi Odinga, but his trusted confidant. That was at a time the younger Odinga was either in detention or away in self-exile.
Former Alego-Usoga MP Otieno Mak’Onyango, who closely worked with both men in Ford and later Ford-Kenya parties, says he smelt bitter sibling rivalry from the word go.
“Because of the confidence Jaramogi had in him, his history of activism right from university days, and that he was in Parliament long before the younger Odinga, Orengo regarded himself, and still does, as rightful, though adopted, inheritor to Jaramogi baton,” says Mak’Onyango.
Another former MP, Njeru Gathangu, who also closely worked with both men says: “Jim (Orengo) seems to believe Raila is what he is because of name connection and not because he has worked for it. That is why he will always put, or be seen to put, a spanner in the works to undercut Raila.”
Indeed, Raila’s confidants have read sabotage, not merely sibling rivalry as far as Orengo is concerned.
In the power struggle that ensued in Ford Kenya in the aftermath of Jaramogi’s death in 1994, Orengo threw his hat with Kijana Wamalwa who was pitied against Raila. Actually, Wamalwa was regarded more of a decoy and Orengo in reality the person weighing up to Raila.
Eventually when the split came and Raila founded his own vehicle, National Development Party (NDP), Orengo hedged his bets with Wamalwa, bidding his time to take on Raila head-on.
That is how Orengo came to be presidential candidate on his own in the 2002 elections, as Raila and Wamalwa threw their lot with Kibaki.
Orengo not only lost the presidential vote to Kibaki in his Ugenya constituency but, to rub it in and show who is the boss, also the parliamentary seat to Raila candidate Archbishop Stephen Ondiek.
Orengo would remain in political Siberia until he bowed to Raila and joined the ODM bandwagon in 2007.
Multiple sources in Raila inner circle allege Orengo coming to Raila house didn’t mean ceasefire, but afforded him opportunity for sabotage from within.
So, could last week’s outbursts by Orengo and Rarieda MP Otiende Amollo be related to the wider opposition to the BBI process?
[email protected]

Will retiring governors be kingmakers in 2022 contest?