Connect with us
Loading...
This is a list of Kenya’s worst road accidents from 1963 to date. According to statistics, 2,345 lives have been lost in road accidents since January 2018, this is much higher compared to last year which was at 2,153 lives lost.

Many Kenyans going around the country doing their normal business using roads have been intercepted by the merchant of death; something which has seen many in morgues, serious injuries, confinement to ICU for a long time, loss of body parts which means using wheelchairs for the rest of their life. Corruption, bad attitude, and even our driving culture have been heavily blamed for fuelling the soaring road accident cases in Kenya.

Many of this accidents usually happen at night due to poor visibility, sleepy drivers, overspeeding vehicles or generally unroadworthy vehicles.

Here is a list of Kenya’s worst road accidents.

On April 7 1963, probably the worst road accident in Kenya’s history happened. A bus carrying people who were returning from a church meeting plunged into Tiva River, Mitaboni in Machakos killing 72 people including pedestrians

On November 14, 1989, a bus plunged into Thwake River in Machakos and killed 55 people almost instantly.

A bus slammed into a tree on the outskirts of Murang’a town after the driver lost control and killed 47 people; 39 on the spot and 9 more while undergoing treatment and further left 40 others with injuries.

On July 12, 1992, 96 people died in a fatal road accident at Mikuyuni River, Machakos. This is one of the highest records of deaths caused by an accident in a single day in Kenya during the 20th century. 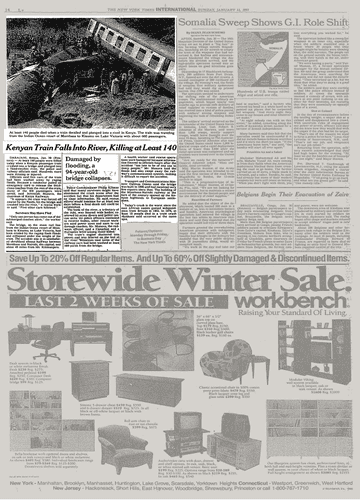 How The New York Times Reported The Accident

It happened on October 3, 1993, a grisly multi-vehicle accident took place on the Nakuru-Eldoret road and killed 35 people and injured 42 others. The accident involved  a bus, truck & cars

Nithi bridge has been a known black spot for a long time now. On this fateful day on the New Years Eve of 1998, Stage Coach Bus plunged into Nithi River and Killed 56 people on the spot.

This was the first major road accident of the 21st century in Kenya. On March 3, 2000, 75 people were killed after Shaggy bus and Akamba Bus collided on each other head-on at Kapkutungor, 15 kilometres from Kericho town and one of them exploded. 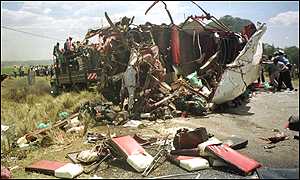 On August 24, 2000, 40 people died after a Tawfiq bus plunged into the Nithi River in Meru. The bus was reportedly overloaded by more than 18 passengers since it has 80 people on board during the time of the incident.

Draja Moja is the most notorious blackspot in Kisii Town taking into consideration that more than 158 lives have been lost on the same spot in 17 years. This 3 kilometres stretch has been the source of grief for many people, locals and many other travelling Kenyans alike who have lost their loved ones at this notorious blackspot. One of the worst accidents to ever happen on that stretch happened on August 31, 2007. A trailer rammed into three matatus which were carrying mourners from a funeral. 29 people died instantly while another died while undergoing treatment and many others were left badly injured with extreme cases needing amputation and subjection to wheelchairs.

This is arguably the worst accident we have ever witnessed as Kenyans. A normal Saturday it was for the villagers until a 50,000-litre petrol tanker headed to Juba rolled and spills its contents. Villagers then ran to siphon the precious commodity and what followed was catastrophic. More than 91 people were burnt beyond recognition while 22 others succumbed to burns while undergoing treatment. 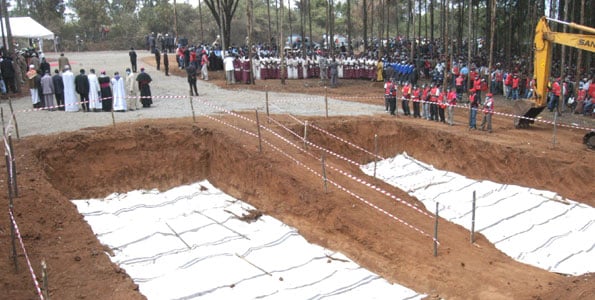 A bus headed to Mandera from Nairobi lost control at a bend near Mwingi Town, overturned along the Mwingi – Garissa highway and killed 35 people including pedestrians on February 27, 2013. More than 50 people were injured too. 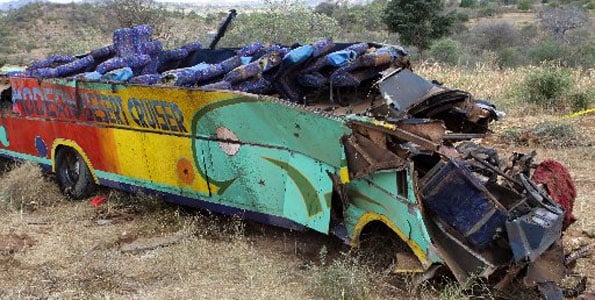 An early morning on 29th August 2013, a bus headed to Homabay crashed as the driver tried to negotiate a sharp corner while speeding along the Nairobi-Narok highway at Ntulele. 41 people died in that early morning incident while 33 others were taken to hospitals in Kijabe and Narok. 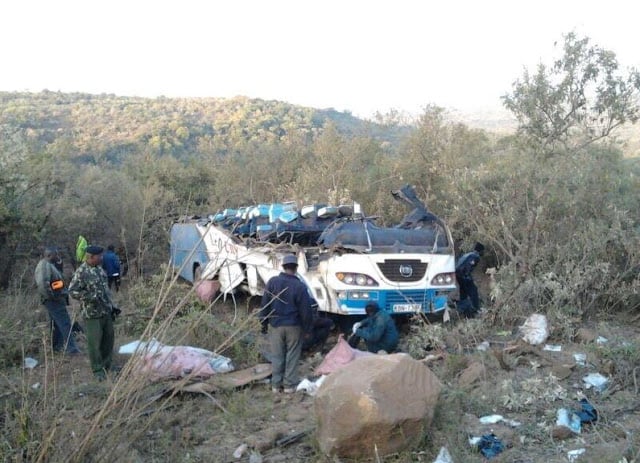 On the night of 10th December 2016, a tanker carrying flammable material caught fire and the fire quickly spread to other 10 vehicles which were in the vicinity and killed 43 people. The lorry had lost control after hitting a bump then burst into flames and then spread the disaster along to other nearby vehicles. 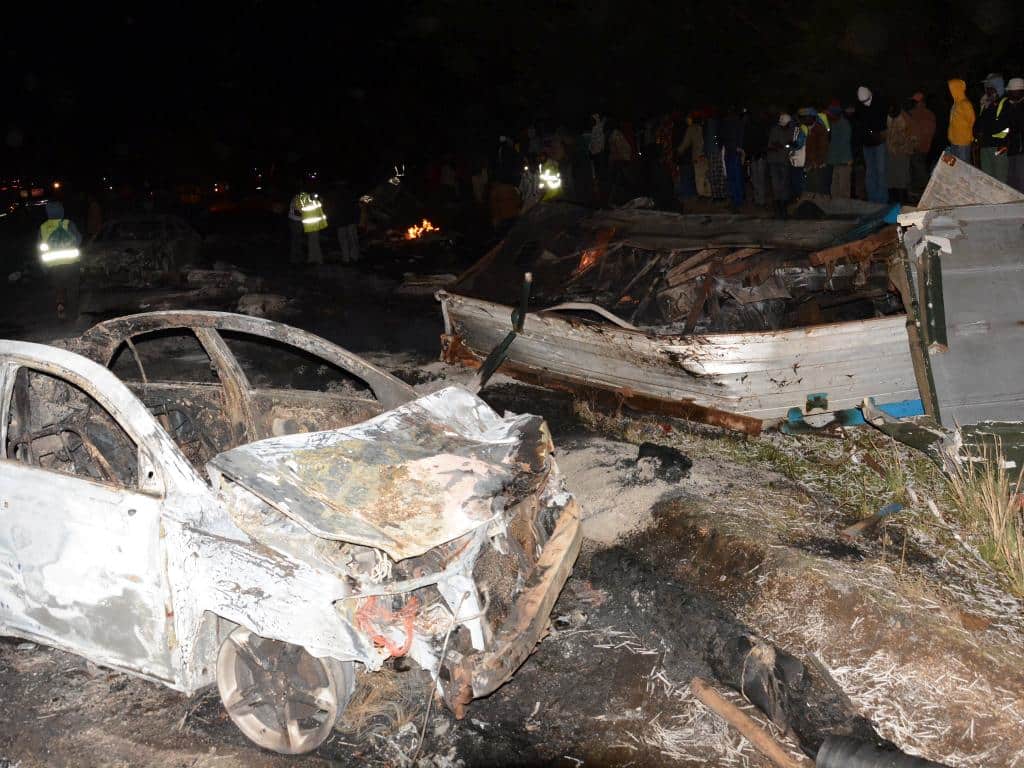 The year had just come to an end and many people were travelling to Nairobi during that time. December 31, 2017, is when a Nairobi bound bus from Busia collided head-on with a trailer at Migaa on the famous Salgaa black spot. The early morning accident claimed lived of 36 people. 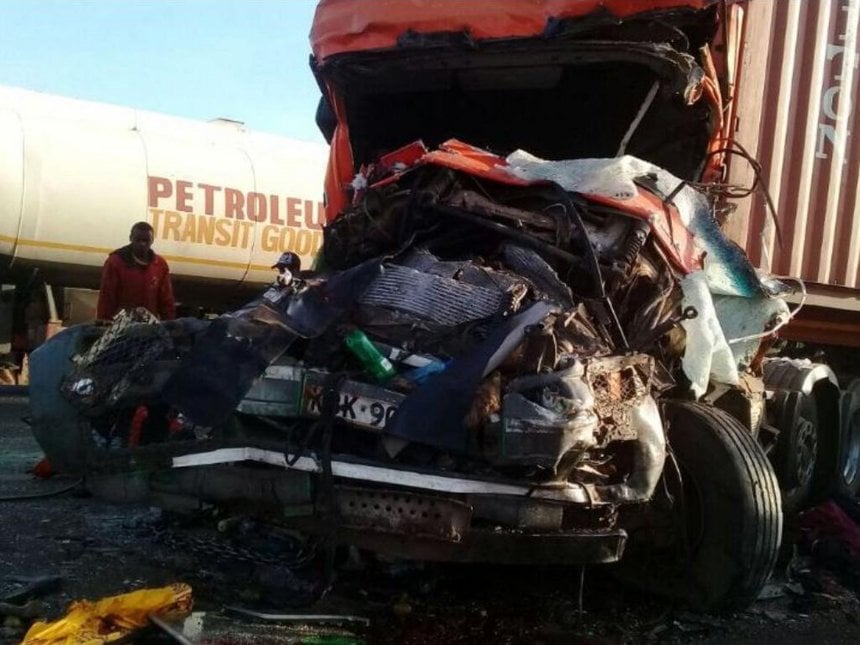 The most recent and horrific road accident yet, it happened on the 10th of September 2018 where a  bus belonging to Western Cross Sacco, crashed along the Londiani-Muhoroni road at 5 am at Fort Ternan tunnel in Kericho and killed 50 people. The bus was reportedly overloaded and speeding according to survivors and it was headed to Kakamega. 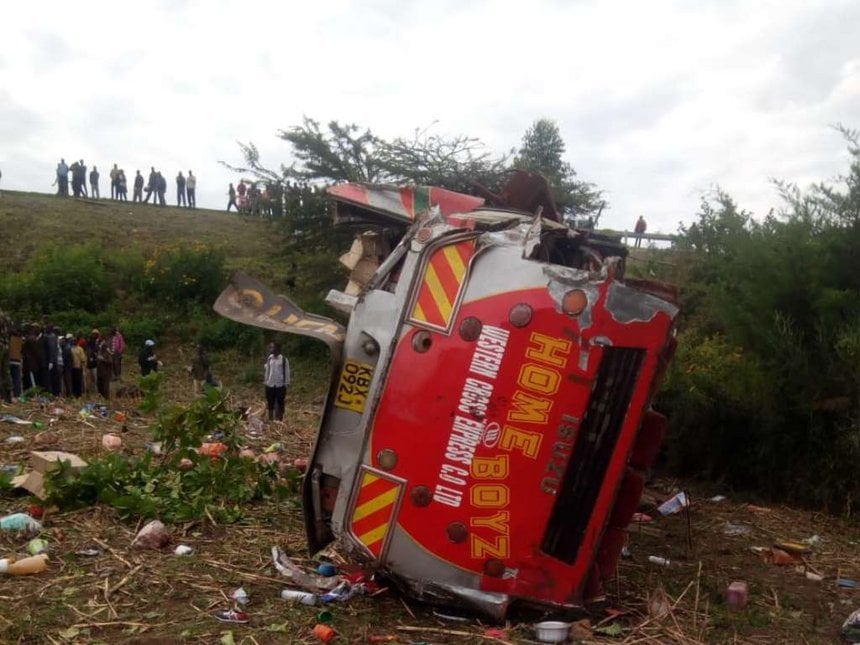 Itumbi, Singer Kambua Show Up In Court To Support Jacque As She Takes Plea 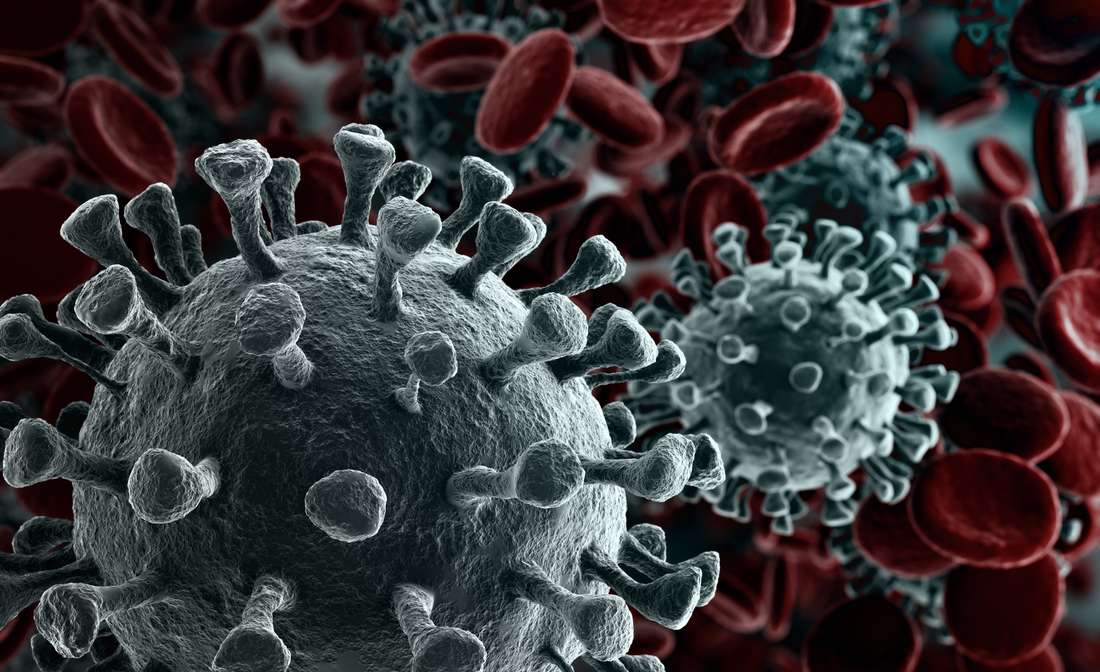