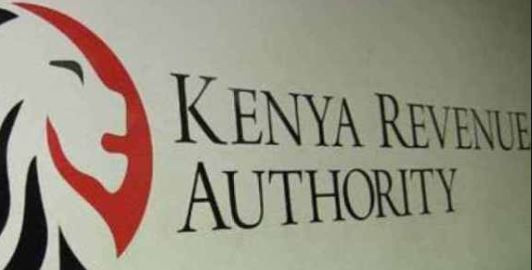 Kenya Revenue Authority (KRA) missed its target by Sh350 billion, the highest in five years that saw the Government net Sh1.43 trillion in taxes in the last financial year.

The National Treasury had initially given the taxman a target of Sh1.8 trillion, but KRA, which has perennially been missing its target, shot even wider in the last financial year as Covid-19 devastated the economy.
As a result, the National Treasury borrowed Sh786.8 billion to plug the shortfall in tax revenue, pushing the country further into debt distress.
This fiscal deficit – the difference between a country’s spending and tax revenues – is the deepest budget hole since June 2017 when the government borrowed Sh788 billion to finance mega infrastructural projects, including the Standard Gauge Railway (SGR).

This will push the country’s total debt to around Sh6.7 trillion.
The National Treasury’s austerity plans have been disrupted by the Covid-19 pandemic, which has crippled economic activities with tax collection dwindling as businesses shut down and workers sent home.
The government spent Sh2.53 trillion with most of the money going to recurrent expenditure including salaries and allowances, interest payments, pension, maintenance, hospitality, and advertising.
However, the tax collection shortfall reduces to Sh12 billion when compared to revised target of Sh1.46 trillion.
With the negative effects of Covid-19 still raging, tax collection is expected to be hit even harder in the current financial year.

The National Treasury Cabinet Secretary was forced to revise the budget following the adverse effects of the pandemic that saw the State grant some tax relief to consumers.
The IMF has projected that the economy will plunge into recession as it reels from the post-Covid-19 effects.
However, other forecasters have been more optimistic, with National Treasury projecting the economy to expand by around 2.5 per cent.
In the financial year ending June 2020, the government spent Sh1 trillion on recurrent expenditure, Sh778.8 billion to pay debts, and Sh385.7 billion on development.
Counties received Sh315.9 billion from the Exchequer while salaries to constitutional officer holders took up Sh3.3 billion against a budget of Sh4.6 billion.

The shortfall in salary expenditure by constitutional officer holders is largely due to the salary cuts they took to help in the fight against Covid-19. Central Bank of Kenya (CBK) Governor Patrick Njoroge said the economy was expected to bounce back in May after a poor period in April when it was devastated by the stringent containment measures to curb the spread of coronavirus.
Budget deficit
“GDP across the advanced economies contracted sharply in the first quarter, mainly reflecting widespread business closures, severe disruptions to trade and supply chains and the collapse in global travel,” said Monetary Policy Committee in April.
“The growth is expected to worsen further in the second quarter, with the imposition of more stringent containment measures.”
Thousands of businesses have closed shop, leaving millions without a source of livelihood as the government continues to implement social distance rules.
Rules that have reduced economic activities include a dusk-to-dawn curfew, ban on social and political gatherings and international passenger flights. The borrowing is not only due to increased Covid-19-related expenditure, but also poor tax collection, including the foregoing of at least Sh172 billion in tax reliefs aimed at leaving consumers and businesses with more disposable income to navigate through this period.
By end of the financial year, the National Treasury had borrowed a record Sh441.8 billion from the domestic market. In the 2018/19 financial year, net domestic borrowing was Sh306.6 billion.
Prevailing conditions
External borrowing, on the other hand, is set to hit Sh3.3 trillion by the end of this month when government fiscal year closes, with the Treasury increasing the tally by Sh299.7 billion.
But the budget deficit is expected to widen further in the current fiscal year, with the National Government expected to borrow Sh840 billion in the 12 months to June 2021.
More than half of these loans will come from local investors, with most of them already showing eagerness to put their money in government securities.
Treasury bills and bonds that CBK has recently auctioned have been oversubscribed.
Luckily, the government has been getting the money at a lower rate.
The Treasury will hope that interests rates, which have mostly been helped by the lowering of CBK’s benchmark index, will remain low into the next fiscal year.
The increased borrowing is due to the need for the government to act fast by propping up businesses and help workers get back their livelihoods. Under the prevailing conditions, the government will struggle to collect taxes.
It expects to collect Sh1.6 trillion in taxes in the next fiscal year.
More than half of this money (Sh493.4 billion) will come from local investors and Sh328 billion externally; the rest will be borrowed from foreign financiers.

Although it is an increase from the Sh571 billion that the Treasury had initially planned to borrow for the 2020/21 financial year, debt-shaming critics have spared the Treasury the tongue-lashing.

State earmarks Kshs 15B for fisheries development in counties – KBC