The mother of renowned cancer warrior Emmanuel Otieno, popularly known as Jadudi, has narrated her final moments with her son.

Jadudi died at 9.30pm on Monday night following years of unsuccessful surgeries to remove a cancerous tumor in his head.

Speaking to the Nation in Kisumu, his mother Ms Leonora Adhiambo Otiende said Jadudi died at Jaramogi Oginga Odinga Teaching and Referral Hospital (JOOTRH) where he had been admitted since October last year.

“I have been with my son here throughout and I just fell asleep ‘kidogo tu’ and then I was woken up by a nurse to give him drugs. But when I tapped him he did not respond. That is when I realized he has left us,” said Ms Adhiambo.

The mother indicated that she had even prepared for him porridge and drugs but her son had breathed his last.

Ms Adhiambo said Jadudi has been in a coma since February until Monday night when he died aged 27 years. He was diagnosed with cancer at 22 years while a student at the University of Nairobi.

Since 2012 the family has been through rough time with their son, trying to get ways of taking the heavy burden of cancer from him. From borrowing loans and seeking help from the public, it has not been easy for the family.

It has been three and a half years since Jadudi’s plight came to the limelight thanks to Jackson Biko Business Daily writer, and Governor Nyong’o’s daughter Zawadi Nyong’o, through a social media campaign.

Kenyans have always stood with him during the time he was ill. In 2015, generous Kenyans raised at least Sh6 million to help him get medication in India, a campaign dubbed #1MilliForJadudi.

“He was a good boy, jovial and friendly to everybody and that is why he had many friends,” said Ms Adhiambo.

Meanwhile, family and friends especially those he studied with at Arya Primary School in Kisumu mourned the young man, who to them was brave, a hero and a mentor to many in the manner he fought to be well again.

“Jadudi was a brave warrior who fought till the end. Will forever miss him,” said Miya Beth.

Kisumu Governor Anyang’ Nyong’o and his wife Dorothy sent their sincere condolences to the entire family of Jadudi describing him as a real Shujaa.

Ms Nyong’o described him as a young man who fought cancer steadfastly and never gave up hope.

She added that the young man defied all odds, surviving several brain surgeries and keeping up a positive spirit that encouraged those around him to keep fighting for him and with him.

Her appreciation also went to the mother Ms Adhiambo, who was by his side constantly, and has demonstrated what true love is.

“What a caregiver! Jadudi lived this long because of his mother’s love and unwavering support,” she said.

“Jadudi touched so many lives with his courage and positive spirit. His warm smile and encouraging words, his determination and enthusiasm will forever be missed. May God rest his soul in eternal peace and comfort his family. Rest in peace, shujaa of Kisumu, shujaa of Kenya, shujaa of cancer!” said Ms Nyong’o.

Jadudi’s journey with Africa Cancer Foundation (ACF) began then, as ACF helped to raise and manage his crowd funds through his numerous treatments.

His body is currently at the JOOTRH.

The Rise of Car Trunk Entrepreneurs 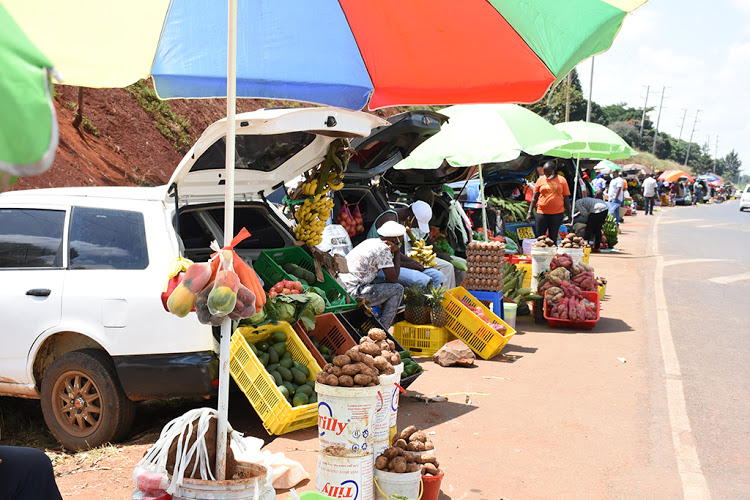 Over the past few weeks, I have noticed an interesting trend in many residential neighbourhoods within the larger Nairobi Metropolitan Area. Every afternoon a stream of micro-entrepreneurs emerge with merchandise packed in their car boots.

The merchandise is mostly foodstuff such as vegetables, fruits, cereals, eggs and even chicken. A few of the entrepreneurs stock non- food items such as clothes and kitchen utensils.

On the vehicles’ windows are stickers announcing what is being sold and at what prices.

We need to appreciate the strong will of these Kenyans who have refused to take the easy path of sitting and crying out for government handouts.

A majority of them are people who just lost their jobs or closed down the businesses they were involved in just before the COVID-19 reared its ugly head.

Others are just pure hardcore opportunists who have perfected the art of opportunity identification. The pandemic has badly affected transport, education, beauty, tourism, hospitality and entertainment among other economic sectors.

Most of these car boot hawkers are therefore, understandably, formerly engaged in these sectors. These are the entrepreneurs that will save our economy going forward because they are not ready to give up even in the face of grave adversity.  For them when one door closes another opens.

From wars to financial turbulence to pandemics, to terrorism attacks, these environments offer baptism by fire for startups and those that make it truly deserve to succeed.

Like a child, the formative years of a business are very crucial. The enterprises are from the start conditioned to certain traits that set them on the success path.

For example, they acquire a bootstrap mentality where business expenses are double scrutinized to confirm that incurring them is actually a necessity. Frugality and saving habits become entrenched in the culture of these enterprises.

Another positive of such enterprises is the fact that the entrepreneurs behind them learn by doing. They get their hands dirty using trial and error methods until they strike the right chord. Like the famous Edison, these entrepreneurs get to know of a thousand ways of not running a successful venture.

In the meantime, the county governments in these areas seem not to be harassing them, at least not openly. The authorities should not be aloof but go a step further to support these entrepreneurial activities.

Let the counties provide supportive infrastructure such as clean water and soap for handwashing, mobile toilets, garbage collection, and security.

The entrepreneurial spirit of Kenyans seems to be too strong even for COVID-19. For our business schools, these are real and applicable local case studies and areas of further research that should be incorporated in our curricular post-COVID-19.

See Also>>>> Get Rich Quick & The Chameleon: The 3 Types of Kenyan Side Hustles

Dr. Kevin Wachira is  a Lecturer in the School of Business and Economics at South Eastern Kenya University, Kitui. Email: [email protected]

“They even used witchcraft,” Pastor Ng´ang´a reveals how female politicians and bishops cost him his marriage

City pastor, James Ng´ang´a is an embattled man, not for anything else but from the kind of women envious about his settled marriage.

Get me right: these are not women living ordinary lives. We are talking female politicians, and bishops who kept DMing him, pleading for his love and attention.

One might wonder what would draw a woman, let alone several women towards the controversial preacher but I might not have the answer for now. 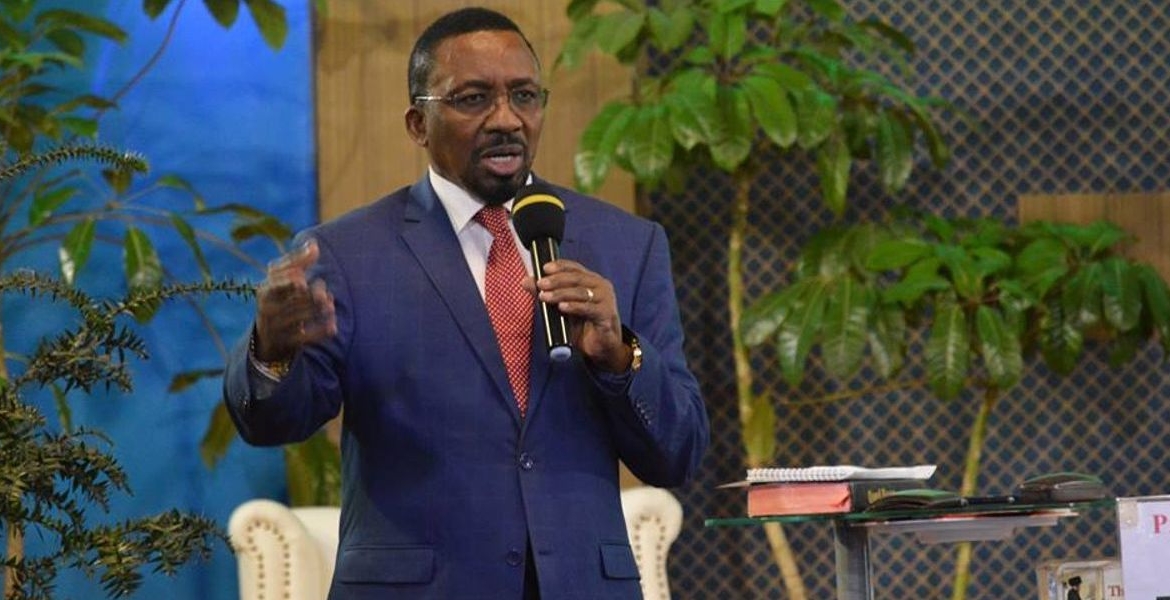 Anyway, through his YouTube channel, the preacher revealed just how much women from his church, worked day and night, witchcraft or not, waiting to see his marriage crumble.

During the interview with his wife of 8 years, Mercy Murugi, the city pastor narrated how multiple women would send him romantic texts and insistently call him, to attract his wife´s wrath.

There is a day I came and found that she had packed all her clothes and ran away from home. My phone usually created more issues between us. I remember one day in Naivasha, a text message reading ´Thank you for the good night we had yesterday.´ 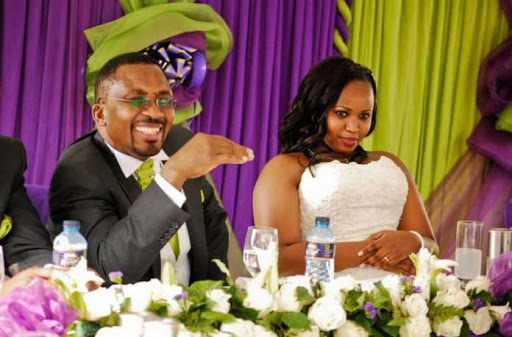 This prompted him to be open with his wife about false accusations that were being channeled towards him, to destroy his reputation and break his marriage.

I gave her and asked her to read it as it was a false accusation. If she had seen it later on, the situation would have escalated.

The couple was then forced to acquire new numbers soon after to just get rid of these temptations. Pastor Ng´ang´a went ahead to remove any passwords or encryption he had on his phone, to build trust in his young wife.

The Neno Evangelism Centre founder was a grieving man, having lost his first wife and sought to have his new wife fill the gap his late wife had left behind. 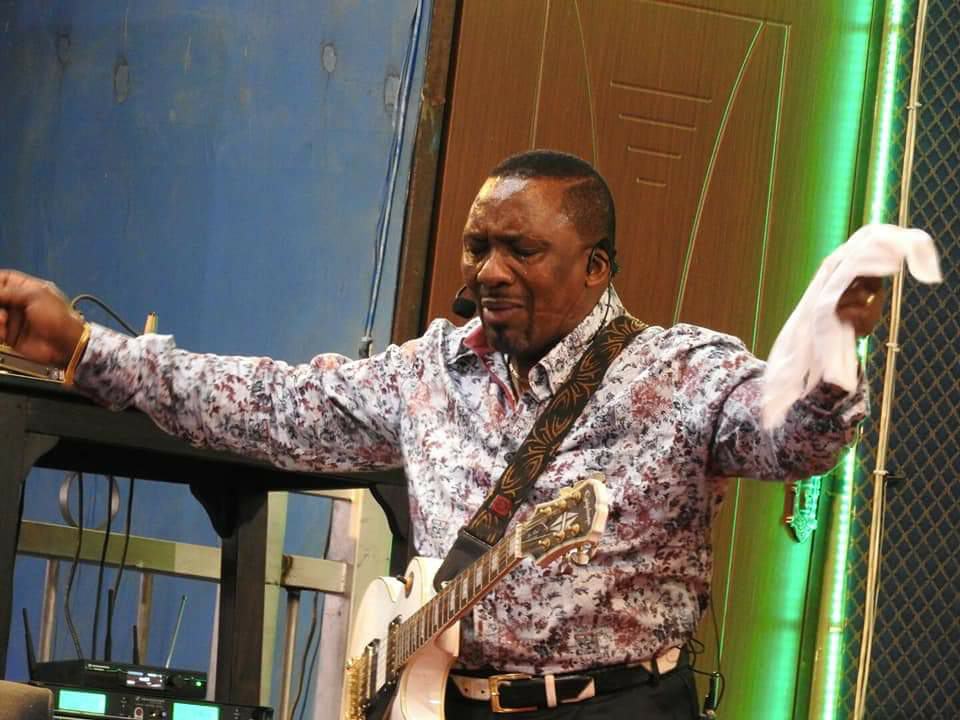 He was therefore not going to sit and watch his efforts go to waste. Not this time!

I was not a saint because I was married before meeting her. I expected her to come and fill the shoes of my late wife. Every time she ran away with my BMW, I followed her to their home with the police and repossessed it. However, I prayed over it and she came back and settled.

Speaking of her tough experience, dealing with a popular man she was not sure whether to trust or not, Ms Murugi divulged that these trying times only strengthened her faith the more.

I have learnt through experience. His phone was giving me a lot of headaches because I always wanted to know who was calling him but I stopped fussing. That is how I defeated Satan. 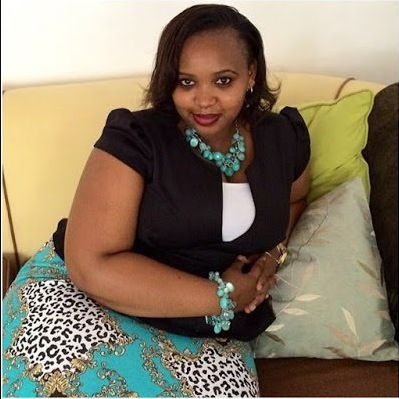 The controversial preacher further disclosed the lengths that women would go to have him to themselves, soon after he lost his first wife.

There were thousands of women who wanted me to marry them. Others were politicians, while some were bishops. A woman even offered me KSh 3 million to marry her. They tried duping me by posing the money as offerings.

But he saw the light. He realized that none of his chasers had genuine intentions towards him and he quickly settled with Mercy, after which many of his secret admirers took off. 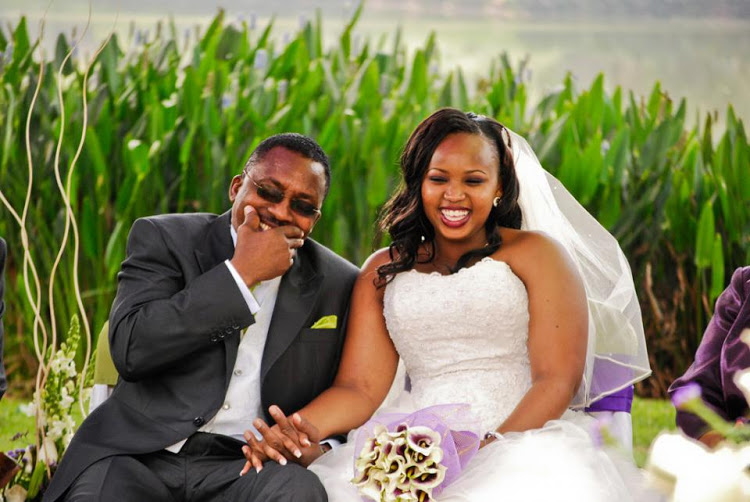 Explaining that he decided to settle with a younger wife – a daughter to one of his church members – because he needed someone to take care of him in his old age.

Ushers and women in the church left after I married her as they decided to walk away. They even tried to fight her and even used witchcraft, while questioning why I married a younger wife. I think it would have been unwise to marry my age-mate because at some point we would have aged and failed to take care of each other.

Agronomist notebook: All about ring spot disease in cabbages

No decision yet on when schools will open, says Magoha

Church bus ferrying mourners turned back in Meru: The Standard