Many parents admit to having a child who is extremely picky with what they eat. In many cases, they’ll grump the whole dinner time because the family meal doesn’t please their palette.

How to remove excess oil from food

Before you start shouting at your child and expect them to eat, here are some options that you can try and have them enjoy meals too.

Chickpeas are the top option to pack your kids with protein. Actually, they offer more than meat does, which is super healthy. Since they may taste bland when boiled, try roasting them too. Mix some paprika and salt then pop them in the oven for a few minutes. They make a tasty and crunchy snack.

Brocolli is not a child’s friend when it is just boiled and nearly mushy. Get creative and parboil it, then stir fry it. You can drizzle some soy sauce while at it, as this will improve the flavor. A pinch of salt and sautéed onions, and your picky eater won’t say no.

Most chicken love fish because it’s not hard to chew. The challenge is the smell of it especially when served grilled only. You have the option of making some fish fingers or the tasty fish in sauce.

How to use beer in cooking

For this, grill fish normally having marinated it with some lemon juice, salt and black pepper. Make a sauce using some chives and pureed tomatoes then pour it over the grilled fish.

Chicken on a stick

Getting creative in cooking when you have children is inevitable. If you want the little ones to get a dose of their animal protein through chicken, you can consider cutting the chicken breast into bite size chunks. Marinate in black pepper, salt and soy sauce then prick a stick in as you arrange them all.

Grill these and you have tasty chicken that the kids would like. You can also put bell pepper chunks too, so that you have the grilled vegetables and meat in one stick.

Warm tomato soup is a favorite to many especially since it’s seedless and doesn’t have the peel of the tomato which children dislike.

Once pureed and sieved, add some mixed herbs and Oregano together with some heavy cream. Viola! A meal a child will enjoy!

Seven foods you can make with chapati dough

These taste like pasta rolled in some vegetables. Dice carrots into small pieces, potatoes and mix with peas. Parboil them with salt and let them cool then fill in your pastry for the dumpling. When you steam these, it’s an explosion of flavor for the young ones, ensuring they get their vegetables in.

Instead of using the Irish potato, sweet potatoes are more flavourful and naturally sweeter. You may deep fry these or actually coat them with some paprika and roast the pieces in the oven. You will love it, so will the picky eater. Serve this with sauce on the side or a hummus dip.

Society commences issuance of title deeds to its members – KBC

Kenyans to be Locked Out as EU Plans Border Reopening

After Zari and Tanasha vibe, Diamond and King 98 releases ‘Kachiri’ 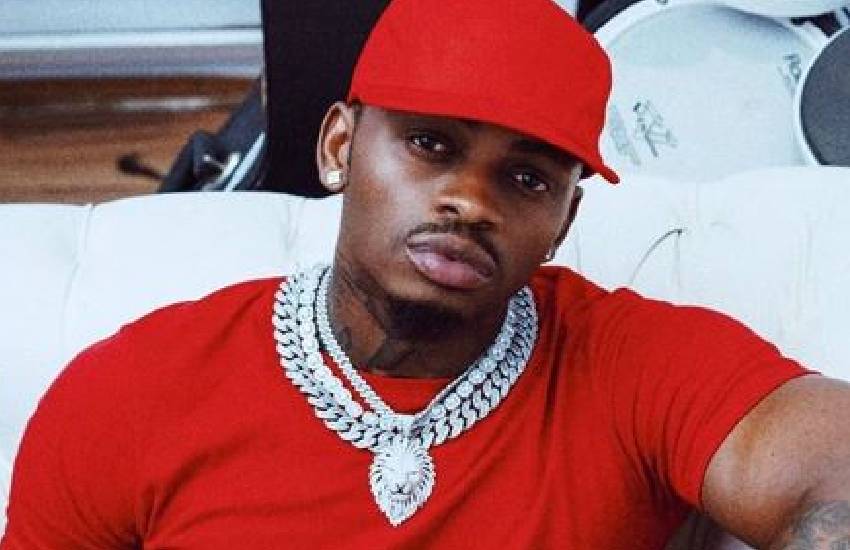 
All week, Diamond Platnumz has been sending mixed signals about two of his baby-mama’s; Zari Hassan and Tanasha Donna. The vibe has been that since the love door seems to have been shut for Tanasha, he is slowly warming to Zari. And then, there was a talk about a new girl yesterday!

But all this buzz could just have been leading to one thing, a just-released collabo the Tanzanian superstar has done with King 98. The hot video has just been released and it is already (as we post) enjoying 93 thousand views. And with Diamond’s 3.8 million subscribers already jumping in…this could close the week as the biggest jam from East Africa.

The release comes only hours after Diamond’s trusted hand, Rayvanny, released the Jollof on the Jet with Rema. A week ago, Rayvanny and Diamond released yet another video Amaboko now enjoying 2.9 million views on YouTube.

The National Assembly concluded committee elections Friday, effectively filling all vacant positions in parliamentary committees whose composition had been affected by a recent purge instituted by the ruling and opposition parties.

The outcome confirmed a decision by the three to push supporters of Deputy President William Ruto away from the powerful and privileged posts.

House Speaker Justin Muturi had issued an ultimatum on Wednesday requiring all committees whose membership were incomplete to have the vacant positions filled by close of business Friday.

The positions in question were those previously occupied by MPs thought to be allies of William Ruto who were purged by both the ruling and the leading opposition outfit ODM over alleged failure to toe the parties’ lines.

True to this order by the speaker, the house burnt the midnight oil, and held the elections Thursday and Friday.

Given that the minority and majority sides had already reached a consensus on the leadership of all the committees, the elections appeared to have turned into an avenue for formal endorsement.

After the much awaited exercise, the verdict is out.

The leadership of crucial parliamentary committees have been taken over by lawmakers deemed Pro-Handshake.

President Kenyatta’s allies such as Kieni MP Kanini Kega has taken over the chairmanship of the powerful Budget and Appropriations committee which was previously chaired by Kikuyu lawmaker Kimani Ichungwa, a sworn DP Ruto ally.

Her Busia counterpart Florence Mutua will chair the Education Committee.

The three committees were previously under the control of Ruto allies.

These committees are expected to play key roles in the implementation of the Building Bridges Initiative.

Laikipia Woman Representative Catherine Waruguru who recently decamped from Ruto’s side will deputise Tiren in the agriculture committee.

Kanduyi MP Wafula Wamunyinyi, who recently instituted a coup in Ford Kenya also appears to have been rewarded after he was elected the chairman of the Constituencies Development Funds committee.

Sadly the gospel singer lost her husband early April after their gas cylinder exploded leaving the late Beloved with serious burns that later pushed him to his death.

John Apewajoye, aka Beloved John however left behind an ex wife and kids; not forgetting his new wife Ruth Matete who is currently trying to clear the Ksh 600,000 in order to give the late Beloved a decent burial.

Thanks to a post making rounds on social media; we now understand that Ruth needs some help from the public as she hopes to bury her husband soon. 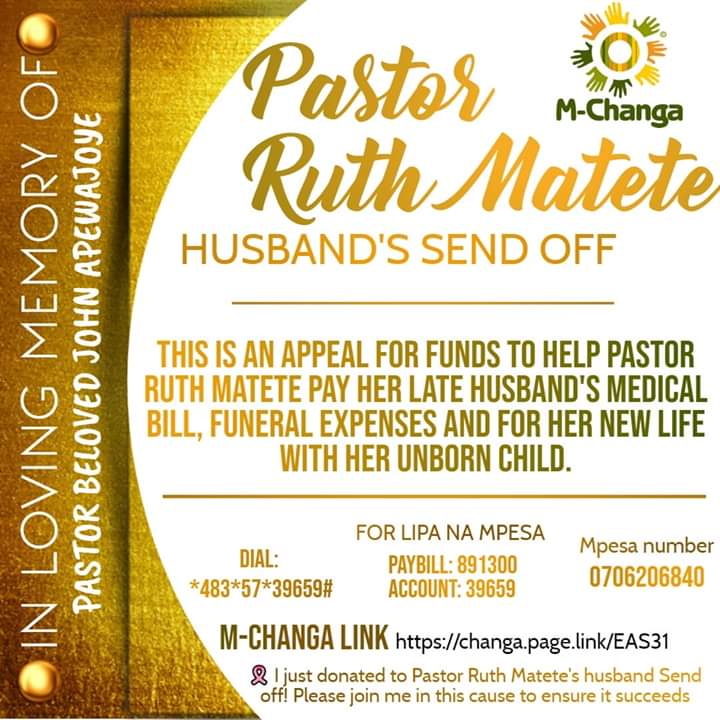 Word has it that his body is still being preserved at the Kenyatta University Hospital mortuary for now; but his family in Nigeria has already given his new wife permission to bury him here in Kenya.  The poster read,

This is an appeal for funds to help Pastor Ruth Matete pay her late husband’s medical bill, funeral expenses and for her new life with her unborn baby.

Unfortunately, Ruth Matete was left pregnant and so far has used almost everything she had. Raising a child on her own will make things harder for her hence the plea for help.

So far all we have are details of the

Elevation of black women is a start, but we must take it further

Tiger struggles with back issues as Memorial cut looms

Another body retrieved as Sonko calls on mothers to seek help: The Standard

State earmarks Kshs 15B for fisheries development in counties – KBC