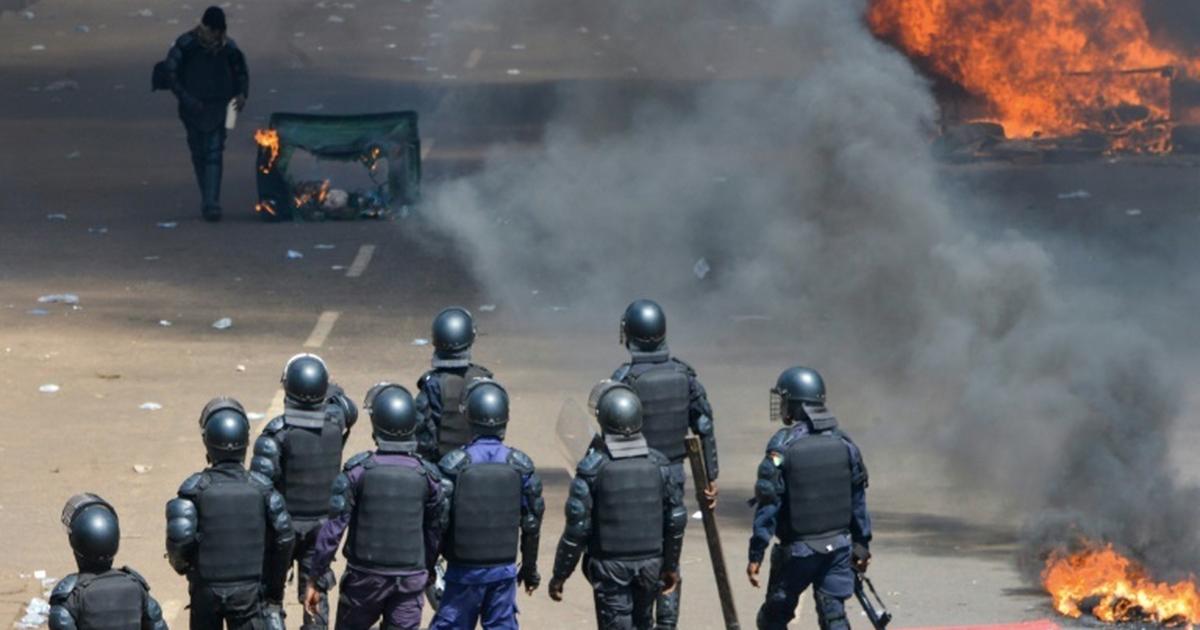 Alpha Souleymane Diallo, 19, was caught up in clashes and came face to face with two policemen who shot him in the chest, his elder brother Boubacar said.

A doctor at the Amitie Hospital confirmed that one person had died from bullet wounds.

The poor West African nation of about 13 million people has been shaken by violence during weeks of demonstrations over opposition suspicions that President Alpha Conde is seeking a third term in office, banned by the constitution.

At least 18 civilians and a paramilitary policeman have been killed since October 14. Dozens of people have been wounded and dozens more arrested.

On Thursday, a sea of people draped in red — the colour of the opposition — flooded the streets of the seaside capital, a day after Conde confirmed that parliamentary elections will be held in February.

Clashes erupted when the demonstrators tried to deviate from the route sanctioned by authorities.

The security ministry said the action came after the demonstrators threw stones at the police.

Police used water cannon and a bus was torched during the clashes, images from the scene showed.

Trouble erupted in several outlying areas of the city and explosions were heard.

The latest demonstration came a day after rights group Amnesty International said there were “red lights” flashing in respect to human rights and denounced “massive” and “arbitrary” arrests in the country.

Aminatou Bah, a woman taking part in the Conakry demonstrations said: “We aren’t asking Mr Conde for a lot.”

“We are asking him to drop this diabolical project (of seeking a third term), free prisoners and stop killing Guineans,” she said.