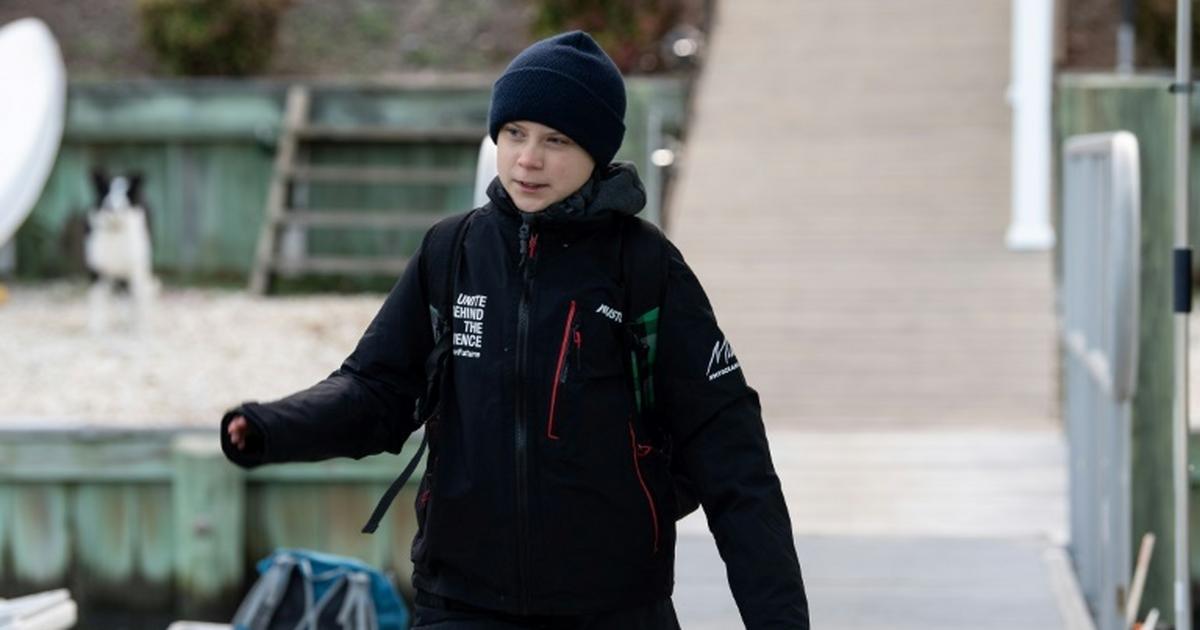 Carrying a large backpack and wearing a heavy knit watch cap, the 16-year-old and her father Svante boarded “La Vagabonde,” a 14-meter catamaran belonging to an Australian couple that will be her home for the next two to three weeks.

The Swedish activist, who became world famous for founding the “school strikes for the climate,” is ending a hectic 11-week North American sojourn that made headlines at every turn as she criss-crossed the United States and Canada.

“We sail for home!” Greta tweeted as her sailboat departed, with a picture of the boat and the open sea.

“I want to thank all the people who I’ve met I North America for their incredible hospitality. And thank you all for your amazing support!” she added.

She also tweeted a link for supporters to follow her trip: sailing-lavagabonde.com.

The boat sailed from Hampton, in the US state of Virginia, aiming to reach Portugal, more than 5,500 kilometers (about 3,500 miles) away.

During her trip Greta excoriated world leaders at the United Nations, met former US president Barack Obama, received the keys to the city of Montreal and road tripped across the continent in a Tesla electric car lent to her by actor and ex-governor of California Arnold Schwarzenegger.

In a parting shot, the young activist said US President Donald Trump was “so extreme” a climate skeptic he unintentionally may be waking people up to the dangers facing the globe.

“I thought when he got elected, now people will finally, now people must finally wake up,” she told AFP in an interview Tuesday.

Six people will be aboard “La Vagabonde” for the trip: Elayna Carausu, 26, and her partner Riley Whitelum, 35, together with their 11-month-old boy Lenny; 26-year-old professional British sailor Nikki Henderson, Greta, and her father Svante.

Carausu and Whitelum stepped forward when Greta put out an appeal on November 1 for someone who could get her back to Europe on a zero-emissions trip.

“We were kind of the only boat around the area that was willing to cross the Atlantic this time of year,” said Carausu.

The seas are expected to be rougher on her return journey, given the season, but Greta says the prospect of harsh weather doesn’t perturb her.

She added that the crew has “decided to have a vegan boat for Greta, mostly.”

Greta plans to attend the COP 25 climate summit in Madrid, which starts in just under three weeks, before heading home to Sweden.

“But also in a sense we have gone a few more months without real action being taken and without people realizing the emergency we are in.”

‘Where do you think you’re going?’ Nabayet’s message to Otile Brown