Gabon has recovered 200 containers of protected hardwood out of a larger haul that was confiscated by the authorities earlier this year and then went missing, a senior prosecutor said late on Monday.

The announcement followed a promise from Gabon’s president to punish those responsible for the theft in April of 353 containers of illegally felled kevazingo wood – worth nearly Sh25.3 billion (USD250 million) – from a cache of 392 containers seized at the port of Owendo in late February and early March.
Gabon’s prosecutor general Olivier N’zahou said 71 of the missing containers were found on the port premises of Cameroon-registered transport company SOTRASGAB, and 129 were found on the property of company Owendo Container Terminal (OCT).
Two Chinese nationals are being held in relation to the case, which N’zahou said also involved Gabonese authorities.
“The people detained, and those who are set to be, will be presented before the state prosecutor once the investigation is completed,” said N’zahou, adding that 153 containers remained unaccounted for.
SOTRASGAB and OCT did not immediately respond to requests for comment.
There is high demand in Asia for wood from the rare kevazingo tree, which can take 500 years to grow to its full height of 40 metres (130 feet). While forestry is a major industry for Gabon, the kevazingo is protected by law.

Register to advertise your products & services on our classifieds website Digger.co.ke and enjoy one month subscription free of charge and 3 free ads on the Standard newspaper.

South Africa to introduce Kiswahili to their education system

Insurance companies will only pay for coronavirus disease treatment in public hospitals after the regulator adopted proposals from insurers to drop coverage in private institutions on fears of increased expenses related to the respiratory disease that could push them into losses.

The Insurance Regulatory Authority (IRA) told the Senate that insurance companies will not pay for treatment in private hospitals where bills range from Sh600,000 to Sh1.2 million.

Instead, they will cover expenses incurred in public hospitals where bills for treatment of the infectious virus are estimated at Sh135,000, the regulator told lawmakers in a statement seen by the Business Daily.

Testing in private hospital, the cost of isolation and quarantine without treatment will also not be covered.

“The insurance industry will pay for testing and treatment offered in government hospitals. These will include facilities run by the central government and county governments,” Godfrey Kiptum, the IRA chief executive, told senators.

“Persons treated in private hospitals will be requested to make their own arrangements”.

This is a win for insurance firms who have been meeting to develop a joint response to a March directive by the IRA that all Covid-19 claims be settled. However, it is a loss for their customers as it dims hopes of their treatment in private hospitals.

The Association of Kenya Insurers (AKI)— the firms’ lobby group — had said that the insurers faced great uncertainty if they continued to settle open-ended claims.

Over the years, insurers have adjusted their claims to “direct and physical loss damages” to avoid the growing threat of pandemics with the increasing occurrence of episodes of viral diseases like Sars and Ebola.

Insurance firms argued that their policies only give basic cover, with no obligation to pay out in relation to a pandemic like coronavirus on fears of widespread ballooning costs.

When the World Health Organisation (WHO) declared the novel coronavirus a pandemic on March 11, AKI said the classification indicated that patients would settle their own bills if cases were reported in Kenya.

Since the first case of coronavirus was reported in Kenya on March 13, insurance companies have received 45 claims amounting to Sh11.9 million. Out of these, Sh1.45 million has been paid, Sh9.8million is pending and about Sh580,000 is unpayable, Mr Kiptum told the Senate.

“This number is expected to increase as the Covid-19 situation persists,” he said in reference to the forecast rise in medical bills.

Kenya has confirmed 2,216 positive cases of coronavirus out of 85,058 samples with 74 reported deaths and 553 recoveries from the infectious disease. The numbers are expected to increase should Kenya step up mass testing.

IRA seems to have softened its position in the wake of the threat posed by Covid-19, which has forced a review of insurance rules. The regulator has increased the validity of insurance contract for three months where customers faced challenges paying premiums and made it difficult for insurance companies to avoid meeting claims.

IRA also said late filing of claims or failure to pay premiums will not be used as an excuse to avoid coronavirus-related claims. Further, insurance companies will not be allowed to introduce new product exclusions or change product terms and conditions without approval from the regulator.

Yatani’s tight options as he delivers first budget next Thursday: The Standard 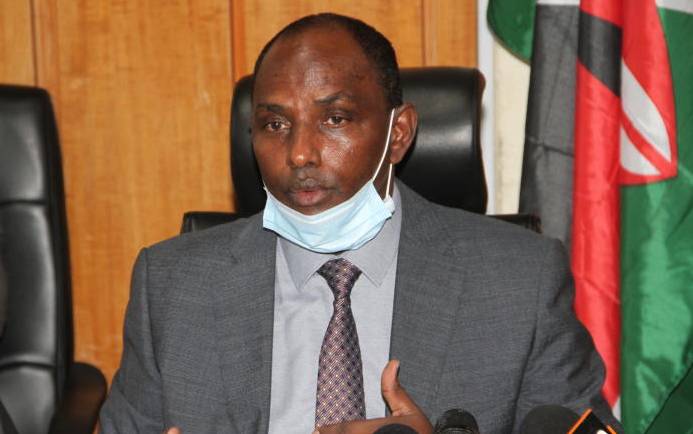 Business
National Assembly Speaker Justin Muturi told MPs that Mr Yatani has asked the House to be accommodated next week to deliver the budget.

National Treasury Cabinet Secretary Ukur Yatani (pictured) will present his first Budget to Parliament on Thursday next week amid the economic turmoil occasioned by the Covid-19 pandemic.
Yesterday, National Assembly Speaker Justin Muturi told MPs that Mr Yatani has asked the House to be accommodated next week to deliver the budget.
Yatani, who assumed the docket in July last year, will be on the spot on June 11 with the government facing challenges on how to raise revenue to finance its projects while shrouded in the coronavirus veil.

Mr Muturi revealed measures that will be observed on Thursday to ensure social distancing rules are observed.
He said only members of the Budget and Appropriations Committee, chairpersons of departmental committees and those chairing select committees will be accommodated in the chambers.
Other members have been asked to follow proceedings from designated areas.
“You are encouraged to be present during this important event,” said Muturi.
Eyes will be on how the government will seek to navigate through the adverse effects of the coronavirus that have greatly impacted the economy.

Majority Leader Aden Duale yesterday said the issue of the Budget was among those discussed during the Jubilee Party’s National Assembly Parliamentary Group meeting on Tuesday.
He said President Uhuru Kenyatta rallied MPs to support the government’s measures in combating the Covid-19 pandemic.
“The Chairman of the Budget and Appropriations Committee will today be tabling the estimates for MPs to go through before the Treasury Cabinet Secretary makes his pronouncements on Thursday,” Mr Duale said. 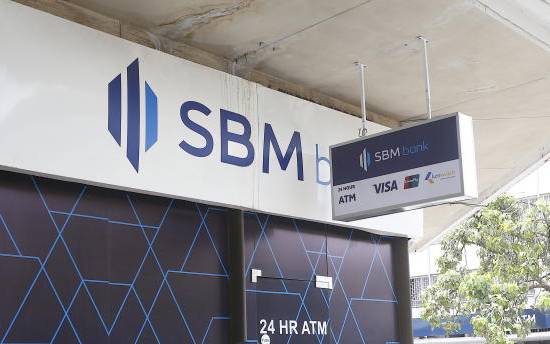 Business
The earnings fell from the Sh310 million reported in 2019’s quarter one.

The earnings fell from the Sh310 million reported in 2019’s quarter one.
In a statement to investors released yesterday, the lender attributed the drop in profits to an increase in loan loss provisions that went up by Sh280 million, against the backdrop of monitoring legacy loans acquired.
Net loans and advances increased 60 per cent from Sh13.04 billion to Sh20.87 billion in the period under review. Customer deposits rose 9 per cent from Sh51.3 billion to Sh55.7 billion.
The bank’s liquidity stood at 68.9 per cent evident from the Sh42.1 billion invested in government securities.
The bank, which entered the Kenyan market three years ago, saw assets rise 11 per cent from Sh70.2 billion to Sh78.1 billion as of the end of March.
SBM Chief Executive Moezz Mir anticipated growth even within the current environment.
“The bank has a strong capital and liquidity base to support the growth of business and our digital offering is strong and robust to support transactions that do not involve contact,’’ he said.
He added that the bank had proceeded to provide loan restructures and moratoriums from three months to twelve months, to allow its clients to effectively manage their cash flows during the covi-19 period.