By VICTOR RABALLA
More by this Author

Water levels in Lake Victoria have now officially exceeded a historic mark, having hit 13.42 meters, due to the ongoing relentless downpour in the region.

The ensuing floods across the country have so far claimed the lives of at least 200 people.

According to an assessment conducted by the Lake Victoria Basin Commission (LVBC) whose results were released on Thursday, the water volume in Africa’s largest fresh-water lake increased marginally compared to 13.41 meter mark recorded on May 5, 1964.

Following the surge, which threatens to continue further, LVBC has proposed regional strategies for emergency and disaster preparedness to avert more deaths and destruction.

“We now have to take urgent action as over 200,000 people have already been displaced in Kenya and Uganda,” LVBC executive secretary Ali-Said Matano said. He was speaking at the virtual meeting that was attended by transboundary water experts from Kenya, Uganda and Tanzania.

Experts assessed the situation in order to mitigate against the serious effects of flooding.

“With the ongoing rains expected to continue, the water levels may rise further, aggravating more the challenges of flooding especially on the Kenyan side which has more rivers that drain into Lake Victoria,” Dr Matano told Nation in an interview.

Kisumu’s Nyando Sub-County, in western Kenya, is the most affected by the ravages of flooding that has also seen houses being submerged, crops washed away and roads damaged by the waters which have advanced to unprecedented levels.

The county government has put the number of displaced persons at 32,000, but the number could be more, with those affected seeking refuge in rescue centres for weeks now.

Among the affected, we found Rev Caleb Obonyo of Episcopal Church from Village One in Nduru Location who has been forced to seek shelter in his church, together with 10 members of his immediate and extended family.

“The situation has become dire since all of us have to squeeze in this tiny room,” he said as he showed us the mud-walled structure.

Another tiny iron-sheet building accommodates 21 people who have been left homeless after their houses collapsed due to the effects of stagnant water.

While 75-year-old Margaret Kwach raised concerns over the deplorable conditions at the camp, she expressed joy that they all survived the flash floods that hit them in the dead of the night.

“I thank God for giving us somewhere where we can lay our heads during this time. We are only worried that the cold nights and mosquito infestation might cause diseases to the young children,” she said.

The residents, who majorly rely on working as casual labourers in the neighbouring farms to fend for their families, have nowhere to turn to after over 50 hectares of rice field were covered in water.

In the neighbouring Busia County, authorities have indicated that over 40,000 people have been affected with residents of Budalang’i and Bunyala sub-counties bearing the brunt of Mother Nature after River Nzoia burst its banks.

“This is the worst flooding I have experienced since 1964. Things have been growing from bad to worse from January this year and it’s unfortunate that we have nowhere to call home today,” said 73-year-old Angelina Ajwang from Nyadorera.

She told the Nation that she lost all her poultry while some of her household belongings were damaged beyond repair.

While indicating that the Ugandan government has authorised power generation company Eskom to double the rate of water being released to 2,400 cubic metres per second, Dr Matano, expressed confidence that the situation will ease.

“The objective of the increased water release is to prevent the lake from expanding beyond the protection zone and ensure the power dam is safe,” he stated.

Uganda’s Ministry of Water and Environment has already sent out a notification on emergency disaster preparedness to other partner states as required by the protocol for sustainable development of the Lake Victoria Basin, he said.

LVBC has also called on development partners, private sector players and other well-wishers to support the current initiative being undertaken by the respective governments to mitigate against the serious effects on flooding.

Ugandan Water Minister Sam Cheptoris has also attributed the backflow and increased flooding to emergence of several floating islands that has led to the blockage of River Nile which is the only outflow of Lake Victoria.

In a statement last week, he stated that the floating islands will be removed or stopped from moving as soon as they are identified through surveillance.

The county chief stressed on the need to resolve the management of Owen Falls dam in Uganda which controls the outflow of Lake Victoria, given concerns that the Lake Basin might continue to receive above normal rainfall.

He pointed out that lack of proper controls of water flows at Owen Falls dam by the neighbouring Uganda has caused Lake Victoria’s waters to swell to record levels, submerging landing sites and homes.

“Under the chairmanship of Rwandan President Paul Kagame, I call on heads of the six member states to sit down and ensure the natural flow of Lake Victoria is not interfered with.

“It is alarming that the water level is rapidly increasing and having impacts on various activities and communities around the lake,” he said.

And following heavy rains and the backflow in Lake Victoria, 14 governors under the Lake Region Economic Bloc (LREB) have on the other hand embarked on a push to have dams built along rivers Nzoia, Yala and Nyando alongside dykes as part of long term solutions to the perennial flooding problems in the region.

They spoke as Devolution and ASALs Cabinet Secretary Eugene Wamalwa said the government is ready to engage the regional leaders on building of dams with a view to reducing the amount of water that flows into Lake Victoria.

All truck drivers in Uganda to be tested for Covid-19 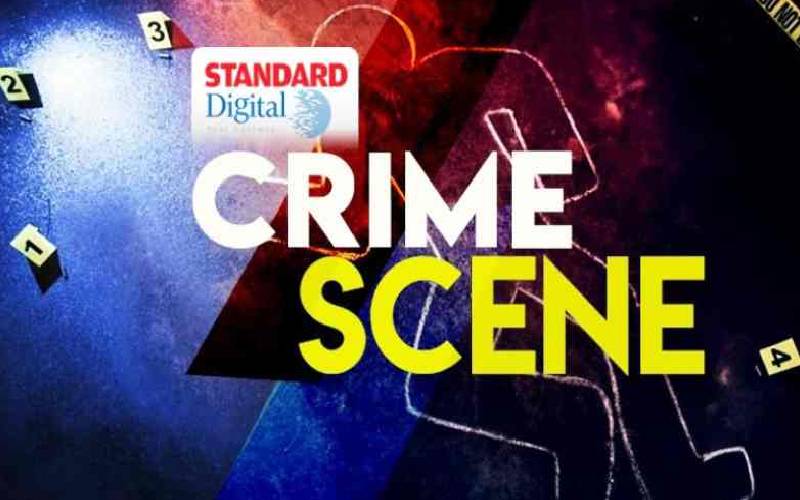 Three kidnapping suspects in Meru county have been arrested for demanding a Sh150,000 ransom.

Joseph Kariithi, Patrick Kimathi and Daniel Muroki were linked to a missing person report filed at the Kangeta Police Station on June 19, 2020.

The Directorate of Criminal Investigation on Saturday said detectives are working with local police to investigate the matter.

The officers raided Kiutune area in Igembe Central Sub-County where the criminals had been spotted earlier by residents who helped the police.

Upon being arrested, the gang led police to the victim who had been held for two weeks.

The victim was taken for medical check as police picked exhibit from the scene.

Last year, seven suspected crooks from Ntumu area in Meru County were held and later charged with assault after they kidnapped a woman and attempted to forcefully circumcise her.

It is not known why they wanted to subject the woman to such a barbaric act, but it is widely believed to have been an attempt to punish her on someone’s orders.

The court heard that the seven were arrested after Christine Murithi, a daughter to the complainant reported the matter to Marima patrol base after which police officers swung into action.

The prosecution said that during the attempted heinous act other offences were committed and investigations were still ongoing to seek more evidence and witnesses to further charge the suspects with sexual harassment.

The Directorate of Criminal Investigations [DCI] is holding three men who were nearly lynched after they were caught red-handed breaking into a car at Sameer Industrial Park along Mombasa Road.

They are detained at the Industrial Area police station. They were nearly lynched after they were found breaking into a businessman’s car parked at the premises but police rescued the,

Detective David Melly attached to Makadara DCI offices said the suspects were found in possession of a piece of a motor vehicle breaking tool, a spanner and pliers – all tools used to break into cars.

“We are in process of interrogating the suspects with a view to recovering more tools used in breaking into private cars from their [suspects’’] respective residences,” Melly said in an affidavit filed at Makadara law courts.

“The trio is also suspected to be in possession of suspected stolen goods which are yet to be recovered from their respective houses in Nairobi.” He was seeking orders to detain the suspects for three days.

Melly said the suspects sustained injuries during the commotion before police arrived after they were cornered by members in the act of breaking into a car. They survived the mob justice.

The detective said the suspects have crucial information that will help in investigations. He was allowed to hold them until Monday by senior resident magistrate Steve Jalang’o.

Police in Kayole area of Nairobi County are holding a man in connection with a consignment of stolen shoes estimated at Ksh 1.5 million.

The shoes that were netted at Obama estate in Kayole are said to have been purchased from various Bata shops within Nairobi about two weeks ago using fake gift vouchers.

Confirming the incident, Kayole Sub County Police Commander Isaac Thuranira said his officers arrested Peter Matheka who is said to be an employee of the affected company as police launch a manhunt for his accomplices.

Last month, detectives from the Directorate of Criminal Investigations arrested two suspected fraudsters following the loss of goods worth over Ksh.20 million at Bata Shoe Company.

The officers from the Serious Crime Prevention Unit arrested the suspects at a shop owned by one of them in Keroka, Nyamira County where assorted Bata shoes worth over Ksh.7 million were recovered.

Coping with Widowhood: What Bob Collymore’s Death Has Taught Me

Survey points to a stiff competition in Kenya’s mobile industry: The Standard