Political leaders in the country have faulted the manner in which the National Police Service implemented the dusk to dawn curfew on Friday.

Mudavadi says the police action could prove counterproductive in ongoing efforts to contain the spread of COVID-19 pandemic as it might place police at war with the citizens.

“The police have gone about it in the manner that is extremely inconsiderate and inhumane. They give an impression that they are dealing with a hostile population that must be cowed in through brutal force. It is useful to remind the Government that it is not at war with its citizens,” said ANC leader Mudavadi.

Mudavadi called on the Government to re-evaluate and look into mechanisms of ensuring Kenyans have access to basic commodities such as food.

“IG Mutyambai ensure there are no human rights abuses in the pretext of enforcing the curfew. Kenyans are already traumatized by Coronavirus and need no further stress. Police should escort those caught off guard to their homes and not beat them up,” said Wetangula.

“When the President declared a 7 pm to 5 am curfew it was meant to enhance efforts to check Covid-19. The police who are using this as an excuse to brutalize people are criminally culpable,” he added.

They were accused of stocking and using expired medical laboratory reagents at the hospital located along Lang’ata Road in contravention of the Medical Laboratory Technicians and Technologists Act on July 8.

The four also face charges of using the expired laboratory chemicals contrary to regulations provided for by the law, on the same day.

They all denied the charges before senior resident magistrate Sinkiyian Tobiko of Milimani law courts.

The case will be mentioned on August 5 for further directions including fixing of hearing dates.

80 people quarantined after driver tests positive for Covid-19 in Bomet: The Standard 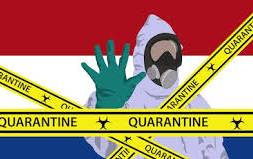 At least 80 people suspected to have come in contact with a driver who tested positive for Covid-19 have been quarantined in Bomet County.

Among those who have been quarantined at Kaptien Village in Konoin are extended family members and neighbours of the 40-year-old driver.
Bomet Medical Services and Public Health CEC Dr Joseph Sitonik said the group was rounded up and asked to stay indoor after the driver returned positive results for Covid.
He said a team of public health and security personnel have been deployed to the village to ensure the contacts observe self-quarantine.
SEE ALSO: Lack of Covid-19 data raises fears of a ‘silent epidemic’ ravaging Africa
Sitonik said the driver who doubles up as a messenger in one of the tea estates in Kericho County fell sick and came home before being referred to hospital by relatives.
Sitonik said it is at Central Hospital where health personal found him to exhibit coronairus symptoms where they took his samples for test.
“After being admitted, doctors opted to test him for Covid and he returned positive results and we are now out to search for all his contacts,” he said
“At the moment we have put 80 people into quarantine and numbers are going to rise since the driver interacted with many people both at his work place and home,” he said.
Sitonik said samples will be taken from all the contacts currently in quarantine.
SEE ALSO: Covid-19: Why teachers’ salaries won’t be affected
“At the moment all the contacts we have identified are under self-quarantine and if they are going to ignore the directives we are going to force them into supervised quarantine at their cost,” said Sitonik.
Sitonik said health officials in Kericho County have mounted a man hunt for staff of the tea estates where the driver works.
“Since the driver moves around distributing letters within the estate a number of his colleagues who came in contact with him will be taken in for quarantine and tested,” he added.
Sitonik at the same time said the county was ready for any outcome from the incident saying the county has put in place all the required measures to tackle Covid
He said at the moment the county has 95 isolation beds distributed across the county with another 224 beds being prepared at Koiwa Health Centre to deal with Covid cases in case of a surge.
SEE ALSO: Please give us any job, teachers plead
Sitonik also revealed that the county has 15 ICU beds and two mobile ventilators which will come in handy to tackle the virus.
So far, Bomet had earlier recorded one positive case of the virus.

Gikuyu Supreme Council of Elders say no to abortion bill: The Standard 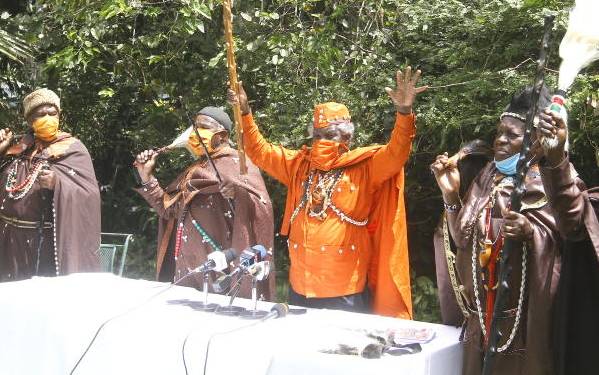 The Gikuyu Council of Elders has opposed a bill that seeks to ease access to abortion, urging the legislators from the community and others of goodwill to champion the shooting down of the proposed law currently before the Senate.

The Supreme Council of the Gikuyu Cultural Association, referred as Athamaki said the Bill was not only against the religious teachings but was also in contravention of the cultural teachings that rebuke abortion.
The elders said Kenya’s legislators must guard the society against introduction of alien practices, especially those that go against both the religious and cultural beliefs, as they said was the case with the Reproductive Healthcare Bill, sponsored by nominated Senator Agnes Zani.
“The Gikuyu traditions never allowed such practices like abortion, never. This to the Gikuyu community is an outcast as it is killing, and we do not advocate for killing. Religious teachings across the board also are against this, so we are asking, especially legislators from our community, and those supporting our position, to reject this Bill and ensure it does not pass,” said elder Waruru wa Kimani.
SEE ALSO: Clarification: Murathe did not warn Jubilee MPs over skipping Jubilee PG
The Athamaki said allowing the Bill to pass will facilitate easy access to abortion, which has remained a contentious issue, and which was also rejected through the enacting of Constitution 2010.
“We do not want to have a society where we allow immoral practices to thrive, just because it would be easy to procure an abortion in the event of an unwanted pregnancy. The Gikuyu customs have never allowed this, we will not allow it now.”
The Bill has come under heavy criticism, especially part five of the proposed law entitled Termination of Pregnancy, which states “A pregnancy may be terminated by a trained health professional wherein the person’s opinion there is need for emergency treatment, the pregnancy would endanger the life or health of the mother or there is a substantial risk that the foetus would suffer from a severe physical or mental abnormality that is incompatible with the life outside the womb”.
Religious organisations have also voiced their opposition to the proposed law, led by Kenya Conference of Catholic Bishops (KCCB) and the Supreme Council of Muslims leaders (Supkem).
Catholic bishops have equally rallied their MPs to reject the Bill saying it goes against the doctrines of the church The Chairman of the Kenya Conference of Catholic Bishops, Philip Anyolo, has written to all Catholic MPs urging them to shoot down the proposed law.
SEE ALSO: MPs plot law to save staff from governors
The Gikuyu elders also said they would be meeting with the Health Cabinet Secretary Mutahi Kagwe to be furnished with regulations that they would require to undertake while taking young boys through circumcision during the current Corona pandemic.
“Normally, whenever we have a pandemic in the country we have always discouraged offering the rites of passage, but on consultations we have agreed that we be granted regulations that we may require to have the circumcision for our boys. We have secured an appointment with Kagwe and we hope we will be given the right regulations for this important cultural exercise,” said Muthamaki Kariuki wa Kabui.

From Classroom to CEO – Business Daily