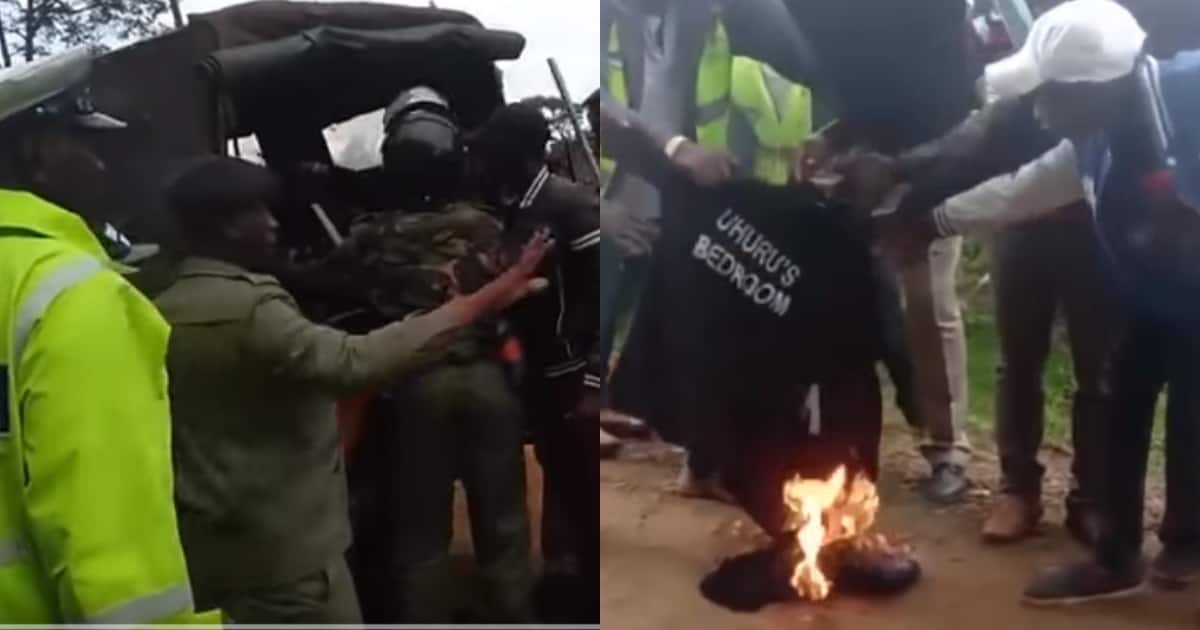 Chaos has erupted in Nyeri after Tanga Tanga and Kieleweke locals engaged in physical confrontations during Deputy President William Ruto’s much-anticipated visit to the county.

The two political factions clashed hours after it was rumoured Nyeri Town MP Ngunjiri Wambugu had hired goons to disrupt the event that Ruto was expected to attend.

READ ALSO: Uhuru tells off Tanga Tanga leaders, says he gets angry because of their stupidity

According to a video by Citizen TV on Sunday, December 8, police officers stormed the area and nabbed at least 10 people involved in the skirmishes.

In a Facebook post, Wambugu alleged that the law enforcers in conjunction with the area MCA Samuel Gichuki assaulted and arrested everyone associated with him and even pelted stones at his car.

“Gichuki’s work today was to beat up anyone associated with me, then hand them over to the police.

“He had sworn that I would not attend the event in Giakanja. At some point, he even tried to throw a stone at my car as I was getting in,” wrote the parliamentarian. 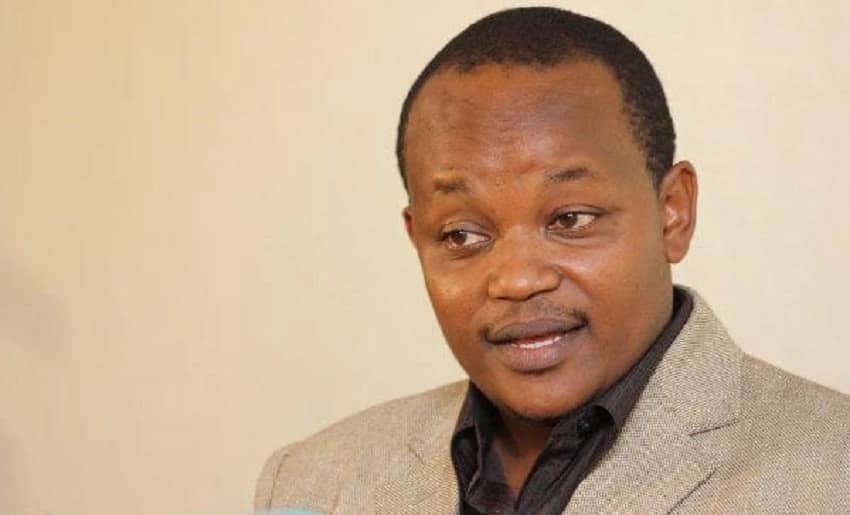 The lawmaker called on Interior Cabinet Secretary Fred Matiang’i to beef security and warned that the hired goons would be hurt since the congregants of the church the DP was visiting were freedom fighters.

“I really fear for the lives of those goons given that the AIPCA faithful are the real freedom fighters who liberated this country,” said Kuria.

The Nyeri lawmaker responded by accusing his Gatundu counterpart and said he would be responsible for any violence in Nyeri.

“We are not buying this fear, my friend, you must be held accountable for any violence in Nyeri today,” Wambugu responded.

Trump warns Kim has ‘everything’ to lose through hostility [ARTICLE]

Konde Gang’s Boss and Tanzanian Singing Sensation Harmonize has been blasted by a section of netizens for allegedly buying YouTube views for his Signee ‘First Lady’ -Anjella in her latest release ‘Nobody’.

The Uno hit maker had taken to Instagram to congratulate Anjella for her splendid performance in viewership.

Harmonize also shared a shot clip of the song, remember the Konde Gang’s first lady had amassed 1 million views within 48 hours of release.

Harmonize followers however took the opportunity to criticize the video claiming it was of low quality and below standards.

However there were some who took their time to congratulate Anjella for her efforts in the song ‘Nobody’.

Before being signed to Harmonize Stable ‘Konde Music Worldwide’ Anjella had perfected her art in singing cover songs.

She first featured on Harmonize’s song ‘All Night’ which did relatively well, followed by ‘Kama’ another collaborative single with her boss Harmonize before she released her released her solo track ‘Nobody’.

The Selection Panel for the Appointment of Commissioners of the Independent Electoral and Boundaries Commission (IEBC) commissioners says it has received over 700 applications for the four vacancies in the position of Member of the IEBC.

In a statement Tuesday, Panel chairperson Dr Elizabeth Muli says they will now proceed to collate the applications received.

The deadline for receiving applications was on Monday.

” Pursuant to the provisions of paragraph 3(1) of the First Schedule to the IEBC Act, 2011, the Selection Panel shall publish the names of all the applicants whose applications were received by the close of the application period, together with their qualifications, in the Kenya Gazette, in two (2) newspapers of national circulation and on the website of the Parliamentary Service Commission.” Said Muli

She noted that after the publication of the long-list, the Selection Panel will commence the short-listing exercise and shall thereafter publish the names of the short-listed candidates.

The panel is expected to forward the name of successful candidate to the president on or about June 9.

“In this publication, the Selection Panel shall also invite the views of the public on the suitability of the short-listed candidates to serve in the position of Member of the IEBC.” She added

The electoral agency has not been fully constituted since the controversial departure of Roselyn Akombe, Paul Kurgat, Margaret Mwachanya, and Consolata Maina from the commission.

Sauti Sol’s guitarist Polycarp Otieno and his wife Lady Mandy have opened up about the birth of their child.

The two were featured in a recent episode of ‘Sol Generation’ aired only on Showmax.

Speaking about their experiences as first time parents, they both revealed how they reacted after meeting their son for the first time.

Polycarp said he wailed like a baby and left everyone in the room wondering what was wrong.

Lady Mandy on other end said that the minute she heard the midwife says she could see the head of the baby, she knew she had made it to the final stage.

“The moment the midwife said she could see the head of the baby. I think that was the magical word I have ever heard. Coz I knew finally this is our end.

Polycarp said that he could not control himself when he met his son.

I fell on the flour wailing like a small child. Everyone was looking at me wondering what was wrong with me.
I took him and held him on my chest, I cannot forget that feeling. It was the most amazing feeling ever.

Lady Mandy added that when she saw the baby she felt like she had known him forever.

It like I have known you. I could not believe that I was holding someone who I have had conversations with, I have had moments with that were only for us

She then thanked her husband for being there the whole process.

‘I would not have done that without Polycarp.

We held each others hands and As tried and exhausted as I was, I got the energy to keep going. You did well Papa.