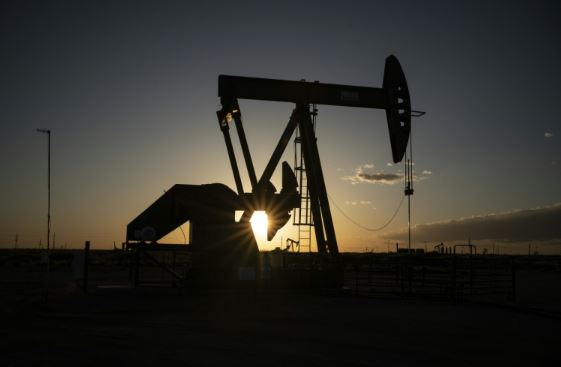 Newly released economic data showed the US economy is in a terrible state and may not rebound quickly even when the devastating lockdowns imposed to stop the coronavirus pandemic are lifted.

Data tracking industrial production and the vital retail sector released Friday showed record declines in April, the first full month of lockdowns to stop the spread of COVID-19 virus that has killed nearly 86,000 people and caused around 36.5 million people to lose their jobs in the world’s largest economy.
With millions of people filing new claims for unemployment benefits every week since the lockdowns began in mid-March, analysts fear the US faces a months-long slog out of the downturn, with no shortage of possible setbacks.
The consumer pullback was “truly staggering,” Oxford Economics said in an analysis of the retail sales data.

“The combination of elevated unemployment, depressed income, frail consumer confidence will continue to weigh on consumer’s appetite for spending.”
Record plunges
Consumer spending has been a crucial part of the US economy, and the Commerce Department reported retail sales sunk by 16.4 percent in April, the largest one-month fall on record.
The decline reversed years of growth and brought the index back to approximately where it was in August 2012.
The hardest-hit businesses were those that relied on shoppers at brick-and-mortar stores, like clothing, which collapsed 78.8 percent, electronics and appliances, which plunged 60.6 percent, and furniture, down 58.7 percent.

Non-store retailers, such as those doing business online, were one of the only bright spots, growing by 8.4 percent.
“Overall this is a dire set of numbers,” said Neil Saunders, managing director of GlobalData Retail. “May will not be a month of celebration. Nor will June. Nor July. Nor probably the rest of this year.”
“Retail’s recovery will be slow and, in our view, it won’t be until 2021 before trade starts to return to more normal patterns,” he said.
On the other end of the supply chain, the Federal Reserve’s industrial production index dropped a record 11.2 percent in April, the largest monthly fall in its 101-year history.
The auto sector took the biggest hit, plunging more than 70 percent, according to the report, while overall manufacturing output fell 13.8 percent in the month, putting it 18 percent below April of last year.

Oil and gas well drilling fell 28 percent, its largest drop on record dating back to 1972 as demand for energy collapsed, while decreases of around 20 percent were recorded in primary metal products, aerospace and miscellaneous transportation equipment, and furniture and related products.
Scant optimism
A New York Federal Reserve Bank survey of manufacturers in the New York region, home to one of the worst outbreaks of COVID-19, showed the index recovered by 30 points in May compared to April, but was still deep underwater at -48.5 percent.
Meanwhile, a nationwide industry poll showed majority of US manufacturing and services firms expect revenues to decline sharply this year amid the lockdowns, pushing any recovery back to 2021.
And many more companies in both sectors anticipate cutting employment this year than in the December survey, according to the Semiannual Economic Forecast by the Institute for Supply Management (ISM).
“It won’t be a V-shaped recovery by any stretch,” Timothy Fiore, head of ISM’s manufacturing survey told reporters.
The changing nature of business, given social-distancing requirements, uncertain consumer sentiment and jobs outlook, all will weigh on the sector, he said.
One bright spot in the data was that consumers who have been central to the US economy were slightly more upbeat this month. The University of Michigan monthly survey released Friday showed sentiment improved slightly, ticking up to 73.7 percent from 71.8 percent in April.
The report said money paid directly to individuals and families by the massive $2.2 trillion CARES act passed by Congress in March improved consumers’ situations.
But the survey’s chief economist Richard Curtin warned personal financial prospects had fallen to their lowest level in six years, with higher-income households reporting significant drops.
In a separate survey, the Bureau of Labor statistics reported collapsing job openings and surging layoffs in March, the month during which lockdowns became widespread.
The number of people who were laid off, fired or forced out of employment jumped by a record 9.5 million that month, while job openings fell by 813,000. The largest share of the declines in both metrics was in the accommodation and food services sector.

China tells US to stop ‘unreasonable suppression’ of Huawei: The Standard