Kibera is one of the world’s largest slums, with over a million people and one third of Nairobi’s population. With extremely crowded conditions, little sanitation, and an unemployment rate at fifty per-cents, residents of Kibera face not only abject poverty but also a large number of social ills, including drugs, alcoholism, rape, AIDS, water-borne diseases, more especially with the Covid-19 pandemic

However, the majority of Kibera’s residents are just trying to live as well as possible under daunting circumstances. Proving that optimism and entrepreneurship are very much alive there.

Victor Edalia, 30 is the co-founder and vision bearer of Kibera Organic Gardens which started in November 2019 and to date he has engaged other youths to a team of Eight.

“As a group of young people, we saw the need to reclaim illegal dumping sites that had become toxic to our environment. Our aim being making Kibra slum beautiful by turning it green and at the same time needy families benefiting from our project,” he says.

He has been offering free weekly supplies of vegetables to at least ten needy families in the densely populated Kibera slums. These include spinach and kales among other purely organic vegetables.

“I saw needy families get food donations from well-wishers, mostly comprising of dry foods but without any vegetables. After talking to some of my neighbours and conducting a mapping exercise, I saw that I need to go beyond just farming as a business venture,” he says.

Edalia then thought it was best to also go out of his way to give back especially during this pandemic times, which was a big step for him as he had initially started the venture for commercial purposes.

The engagement is now unique in both its approach and results. The intervention is now focusing on needy families that include single mothers, struggling families and youths who also lost their jobs during the pandemic.

“I have no job and my biggest challenge is purchasing the spiral gadgets that we use for planning to economise on space. I have to dig into my pockets for that and also buying water to water the vegetables. Sometimes we get help from well-wishers who visit’ the garden.”

Jackline Achieng, 31 has greatly benefited from Edalia’s garden as she gets free and fresh vegetables thrice a week.

Ms Achieng lost her job as electronic sales assistant after the pandemic hit the country. She lost her father and her mother moved back to village leaving her with two of her siblings whom she has been taking care of before she lost her job.

“I am sickly, fighting sickle cell and my immunity is very low, so also I avoid exposing myself more so with this pandemic. Though I do millennial jobs to fend for my family, Victor came to my rescue and because of him I get vegetable supplies,” she says.

Edalia, who was born and bred in Kibera, says he has always had the passion to venture into large scale farming, though in slums like Kibera, the greatest challenge is space.

But how does anyone turn a garbage dump into an organic farm? It started with the removal of the garbage.

Edalia first identified a spot that was being used as a dumping site. They then reached out to the local administration officer whom after listening to the idea, visited the spot, and gave them a go-ahead to undertake their venture.

Thereafter work began by first clearing litter for about two weeks. They say the tons of garbage filled two lorries.

It was not easy during the exercise as they also had to keep watch up to late night and advise members of the public not to dump in the same spot anymore as they intended to make use of it which took a lot of convincing.

“We do hydroponic farming for now with hope that in the near future we will expand and go commercial,” he says.

From rags to riches: Why MC Jessy owes it all to Nameless

Stories are there to be told, pasts that were not all glossy but pasts that we look back at and remain grateful to those that held our hands as we slipped off the edge and told us it can still get done.

Let’s get straight to the point. One of today’s widely celebrated comedians, MC Jessy tells of his past – when he would raid closets and take off with clothes because times proved too hard for him to fund the basic need.

Pretty emotional, the Churchill Show host unearthed a throwback photo of himself wearing the same T-shirt won by Nameless before admitting that he stole it himself.

Today I just want to appreciate one person who has seen every step of my life. 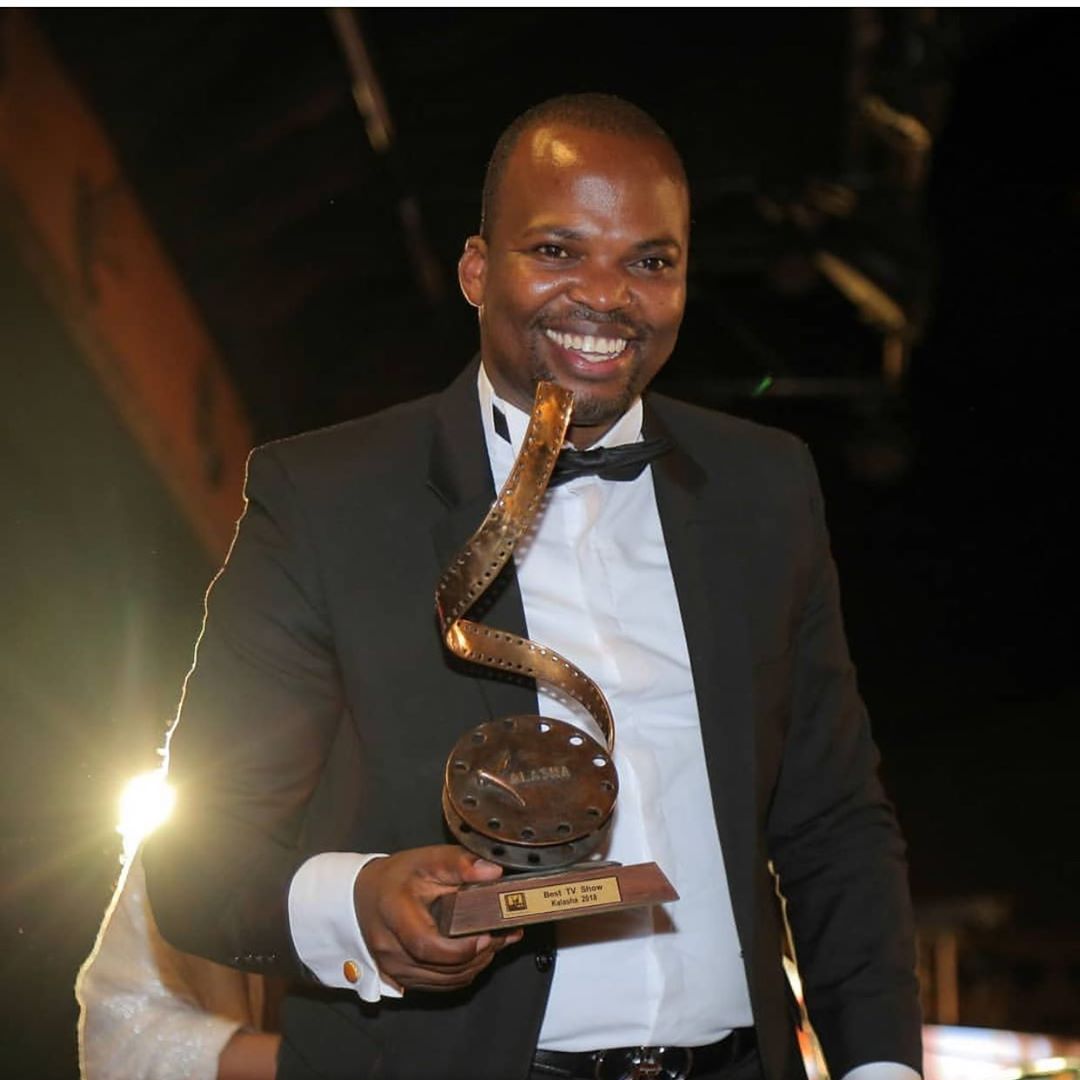 At the time, the kid could only afford 2-3 T-shirts and your guess is as good as mine, you can wear these shirts only so many times, before people mark you with them.

Also read: MC Jessy set to give Jalang’o a run for his time and money after unveiling next big project

So, Jessy would take to Nameless’ closet and bag himself whatever he needed for his survival – ofcos with the artist’s permission.

At one point of my life when I had 2-3 t-shirts to wear,this man @namelesskenya allowed me to raid his closet and pick anything I wanted. 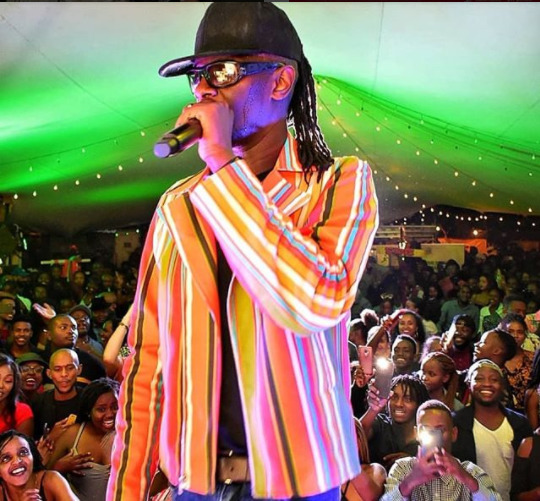 Telling of his story, the popular TV personality revealed he would depend on blue-collar jobs from one of his friends just to drop something into his stomach.

So, Nameless and the MC met through this friend of Jessy’s who would work on the musician’s dreadlocks.

I used to be mtu wa mkono for this good friend of mine Juvinaris Chalo (extreme left). We used to go and roll dredi za Nameless and that’s where we knew each other. 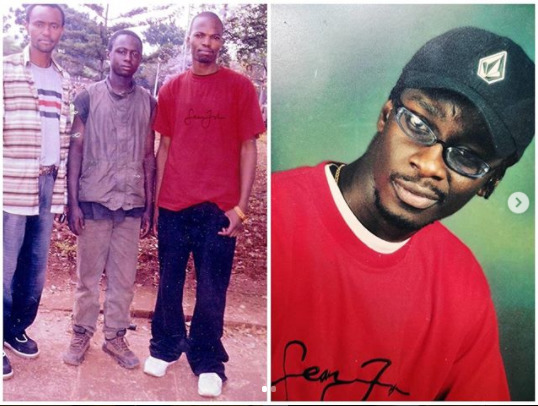 But never did Nameless ever show Jessy contempt for his kind of life. Instead, born David Mathenge, would readily offer a lending hand to MC Jessy’s needs and this is something the comedian lives to remain grateful for.

If there’s one generous family I have come across is the Mathenges. @wahukagwi I still miss zile Tumbukiza zako 😂Thank you for believing in me. 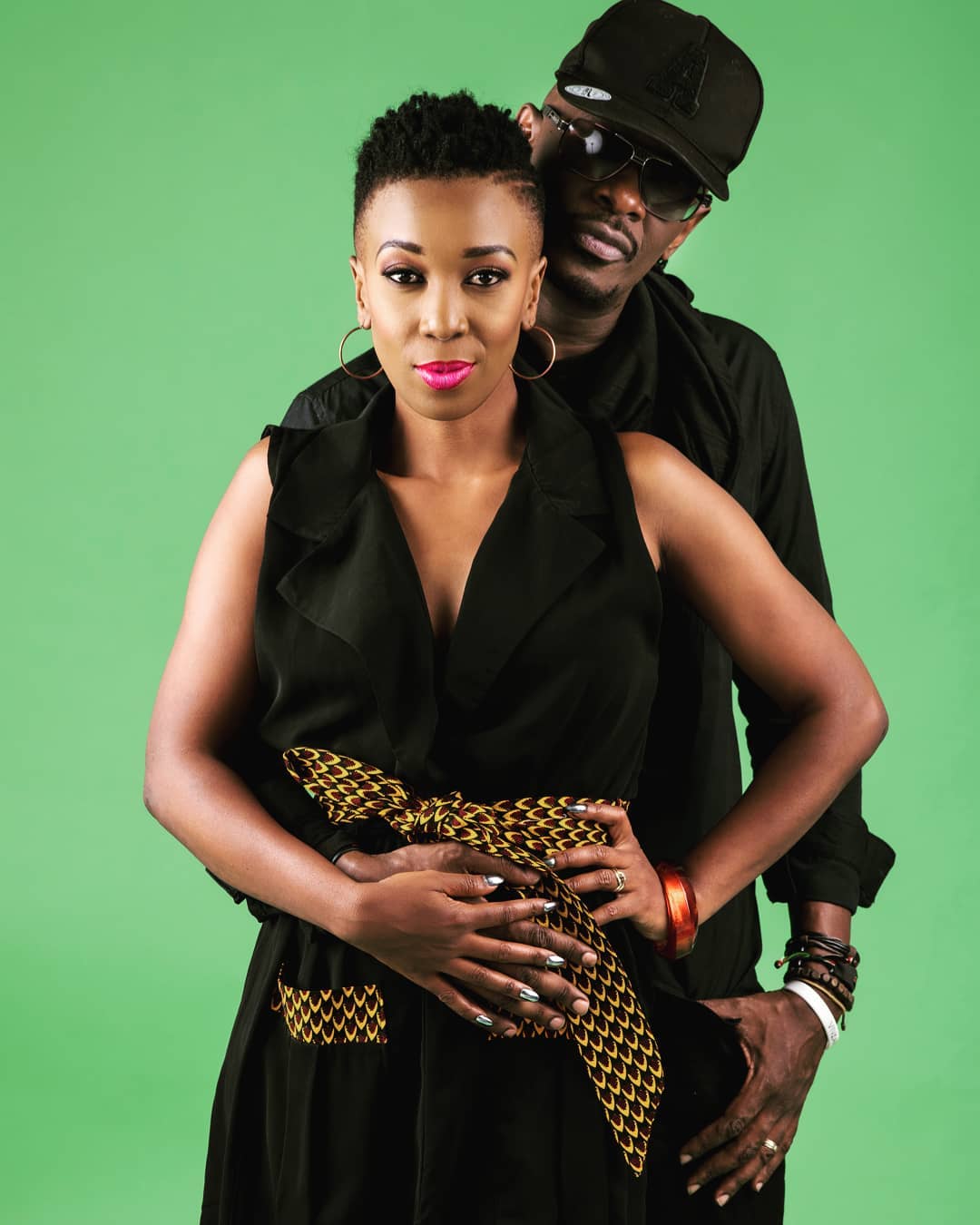 Impressed and still humbled that he assisted where he could, a dear Nameless commented:

Today, Jessy drives the kind of cars he wants and lives a much better life than his past. 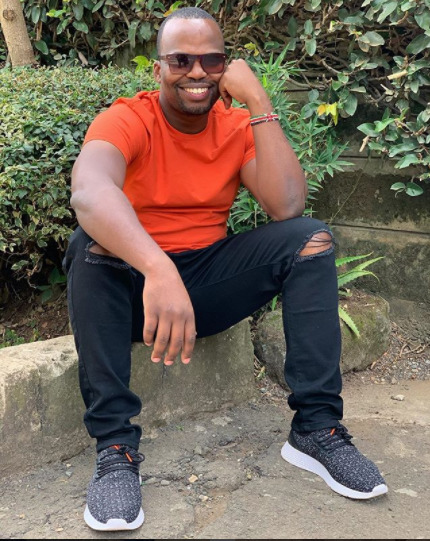 Kenyans on social media are asking Health CS Mutahi Kagwe to join comedy after this pandemic is over. On Thursday, the CS was responding to the case of Pastor Robert Burale’s ailment.

“Me, I never heard of this guy. You are saying he has been paid by who? When it comes to issues like rumours, if I were to respond to every rumour I would be very busy, I honestly don’t know about this Robert guy. The guy is probably sick but you have decided that he is not,’ said Kagwe

This comes days after Burale revealed that he has COVID-19. Hours later, he trended on social media with different people having mixed reactions of a video he took while in hospital

‘No pain no gain!’ Atommy Sifa says while working in a mjengo

preciousgondi
From Burale to Murathe huh, even his facial expression of failing to decode the name properly sincerely depicts an affront to the esteemed gentleman, Robert Burale.

jenniferkabiu
He gives me Kibaki Vibes.. ama? 😂😂😂 am laughing alone

freestar_elsy
Kagwe when we choose to be serious you start afresh 😂 Mungu anakuona, get well soon Burale.

Covid-19 will go away, but only if we act right

From rags to riches: Why MC Jessy owes it all to Nameless

Dance with the angels! Beautiful photos of Doctor Adisa Lugaliki who succumbed to Covid-19