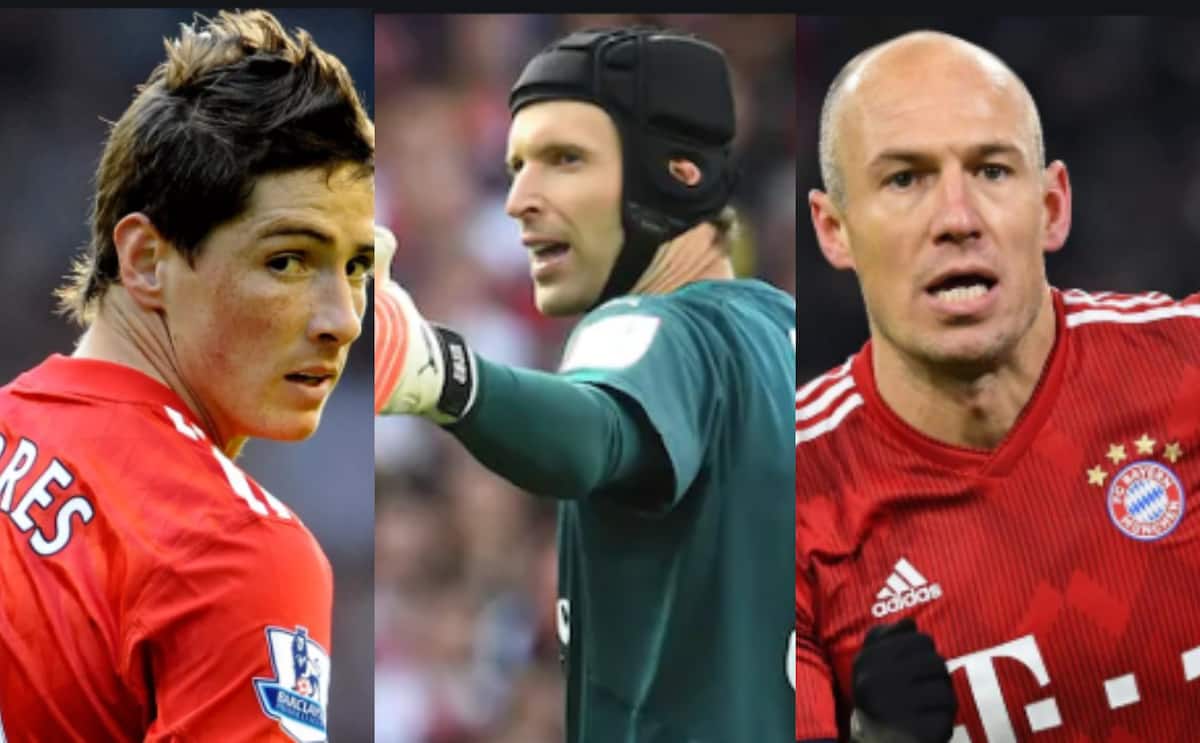 The year 2019 has been another one which has been filled with magical moments in football but with all the magic also comes some inevitable goodbyes.

Just as we have seen some rising stars this year including Chelsea’s Tammy Abraham , Barcelona’s Ansu Fati and Real Madrid wonderkid Rdorygo, we have also had to endure the pain of seeing some legends hang up their boots.

TUKO.co.ke highlights just some of the football players everyone found it difficult to accept their retirement, despite the inevitability.

Nicknamed the secretary general of defence of the US. Howard hang his boots after a fairly successful spell with Colorado Rapids in his native USA.

He will largely be remembered for his time with Manchester United where he scooped several premier league titles before moving to Everton.

When broke hearts when he announced his retirement aged only 33 when everyone tipped him for a sensational move to the premier league or at least China to see out the rest of his career.

Regardless, Marchisio will go down as one of Juventus’ greats in the midfield.

Xavi Hernandez is the modern midfield machine and was an integral part of the Barcelona side which has gone on to redefine football with the infamous Tiki Taka style of play.

The list would not make any sense without including the famous El Nino, who decided to end his career with his boyhood club Atletico Madrid.

Torres in his prime was one of the most lethal strikers in the world and despite the fact that his unpopular move to Chelsea did not match the hype, he will be remembered for “that goal” against Barcelona in the Champions League in 2012.

The former Bayern Munich winger also hang his boots in July 2019 in what will arguably be the football heartbreak of the year.

35-year old Robben might have gone on playing had it not been for his consistent injuries which was a clear indication his body was ready to give in.

Another lethal Dutchman who hang his boots was Sneidjer who will also go down in history as a true great of the game.

Fortunately or unfortunately for the 35-year old, people instantly forgot the tears that came with his retirement and were left in stitches at how fast he gained weight only a month after retiring.

Many football fans had a strong belief Eto’o could play well into his 40s but the African star decided to hang his boots in 2019 and focus on other ventures.

Regardless, no one can forget his prowess in front of goal and overall ability to place Africa on the map using his football alone.

Ashley Cole was part of the golden Chelsea generation which began a superb run of winning titles with manager Jose Mourinho.

Although the twilight years in his career were fairly quiet, there is no denying the fans will miss Ashley Cole dearly.

The German international also called it quits in 2019 after a successful stint with Bayern Munich, Manchester United and the national team.

Notably, the 35-year old will go down in history as one of the players to lift the coveted World Cup back in 2014.

This is one retirement that hit millennials more as Van Persie is one of the more contemporary legends of the game.

The former Arsenal striker ended his career in his boyhood club Feyenoord and while his trophy cabinet might not be as glittery, Van Persie has definitely had his moments with his Flying Dutchman moment in the 2010 World Cup arguably top of the pile.

Another former Arsenal man to hang his boots is Petr Cech who, despite hope from fans that he would go on, decided to take on other sports.

Cech moved on to ice hockey where he played as a goaltender for Guildford Phoenix. He is also a technical and performance advisor at Chelsea

Spain’s all time goal scorer David Villa also bid farewell to football as recently as Tuesday, November 12 after a successful stint at Valencia, Barcelona and in the MLS.

Do you have an inspirational story you would like us to publish? Please reach us through [email protected] or WhatsApp: 0732482690. Contact Tuko.co.ke instantly